T Viswanathan: South Indian Flute [WPS-21451] an LP released on the World Pacific Label in the US in 1969

Tanjore Viswanathan (born in Madras, India, August 13, 1927; died in Hartford, Connecticut, United States, September 10, 2002) was a Carnatic musician specializing in the Carnatic flute and voice. His brother was the mridangam player T. Ranganathan (1925–1987).

This is one of a series of LPs released on the World Pacific label. This label grew out of Pacific Records, which was a jazz label. Although there sometimes was a rare dud in their catalog, in general you can be pretty certain of a high level of musical and production qualities with any World Pacific release. 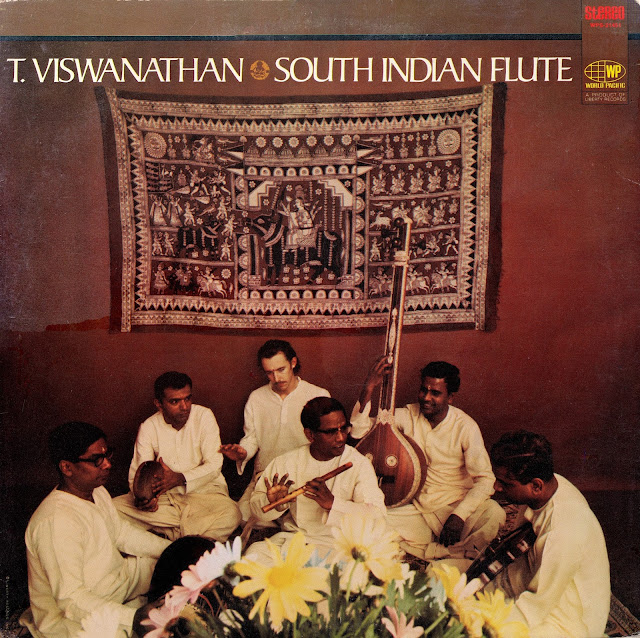 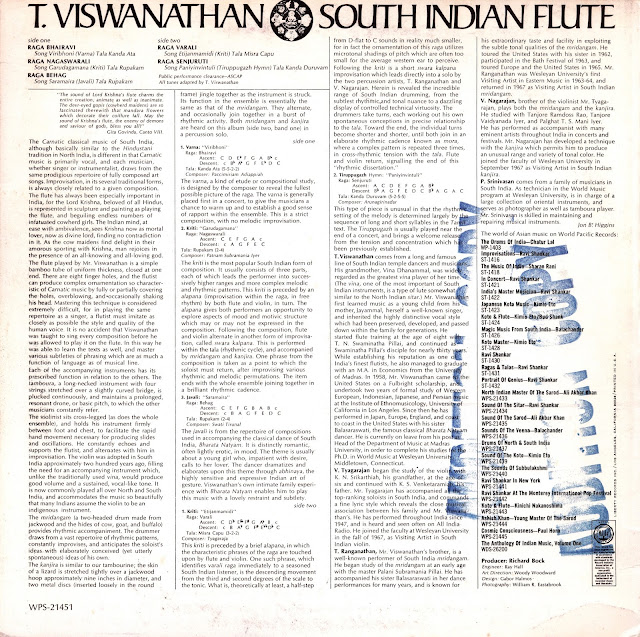 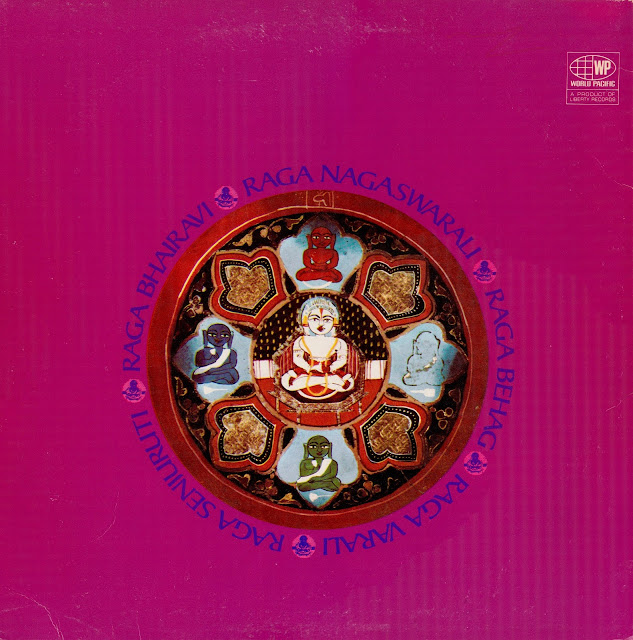 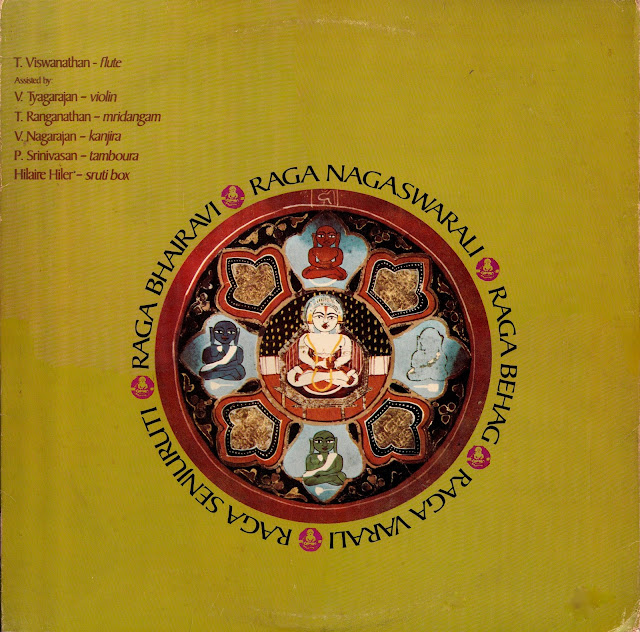 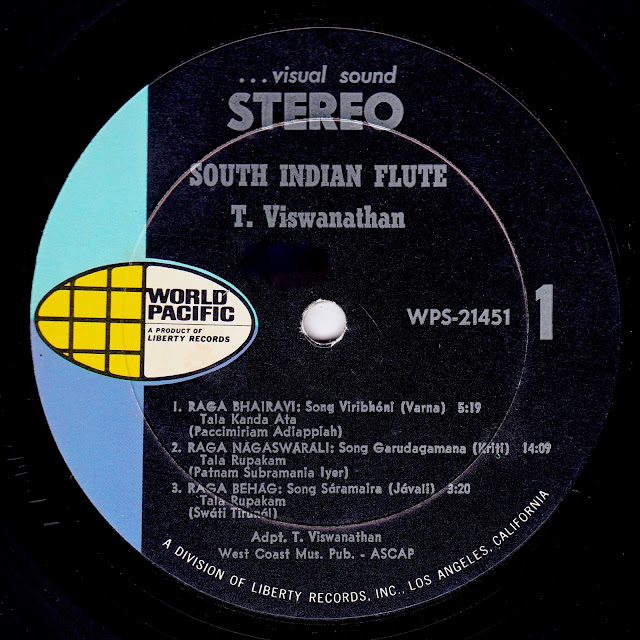 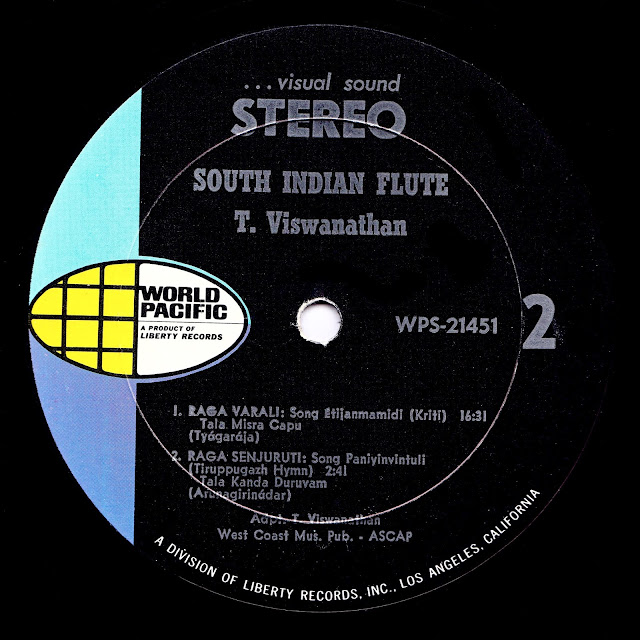