Vijay Raghav Rao: Flute Music of India [ST 5155] an LP recorded in India in 1968 and released in the US at an unknown date

This LP is somewhat of a curiosity. Tower Records (no relation to the venerated chain of record stores which went bankrupt a few years ago) was a subsidiary of Capital Records (itself a division of EMI) which released a few Indian Classical LPs in the late 1960s. Generally they were reissues of previously released music from EMI India. I can find no exact version of this LP on HMV/EMI so it probably consists of recordings scattered across several albums.

Vijay Raghav Rao (November 3, 1925 - November 30, 2011) was born in Chennai but eventually began working with Ravi Shankar first on films and then other projects. His pupils included Ronu Majumdar and GS Sachdev. One source stated he permanently moved to the United States at one point. Possibly he lived in the same area of northern California where Ravi Shankar stayed.

This is a delightful and very tuneful album featuring three Ragas. The cover is a reminder of the days when records by dark skinned musicians featured lovely pale white girls on the cover. This model looks a bit more exotic than usual, at least.

Side one:
Raga Hansdhwani
Dhun in Raga Shivranjani 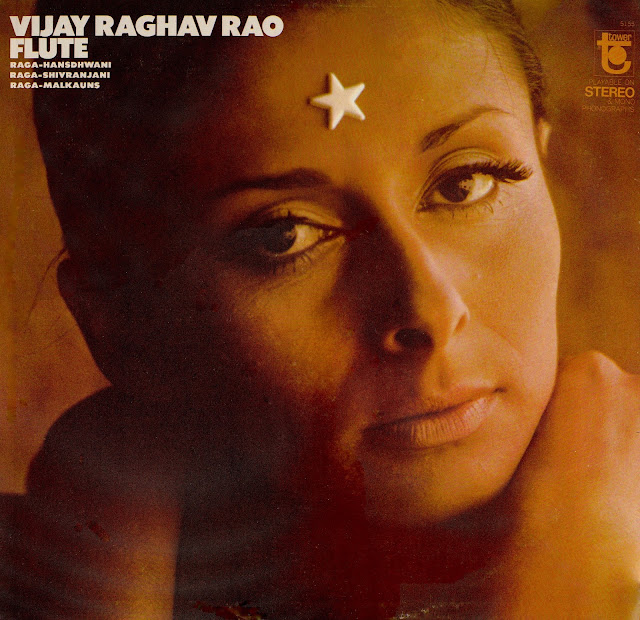 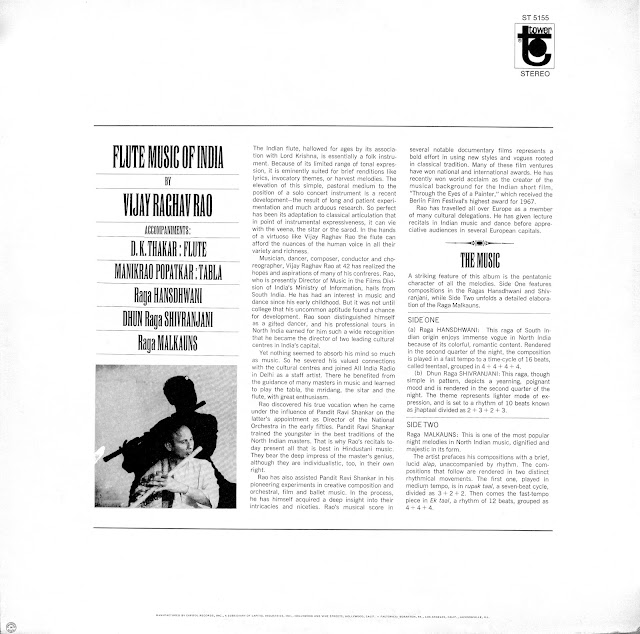 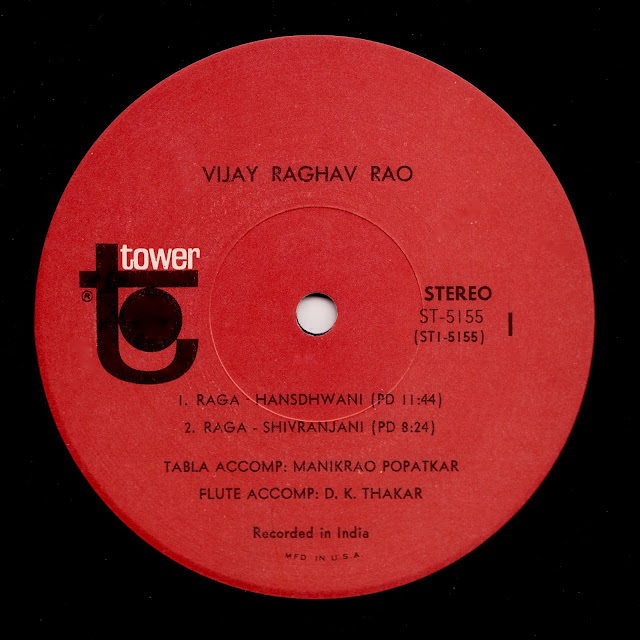 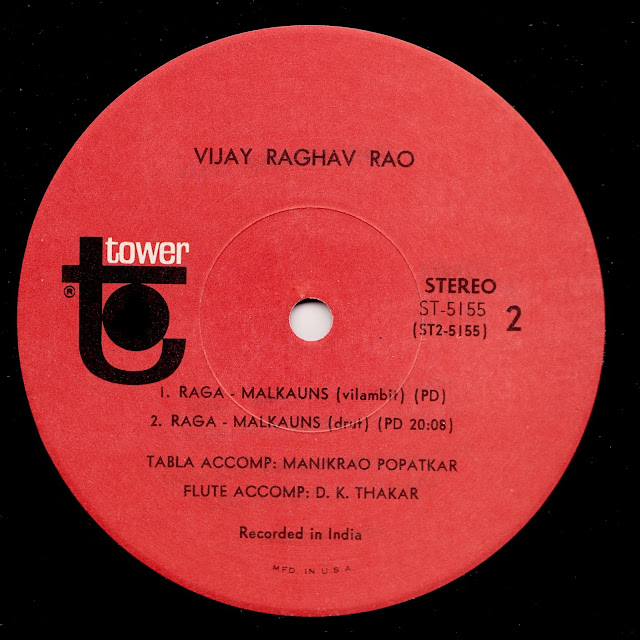 24bit, 96kHz FLAC (814 MB)
(the highest resolution I am capable of producing; only playable on a computer or other player capable of playing HD files)