This pleasant album has been reprinted in many different versions, with different titles and cover art. This particular LP has been manufactured in Italy, according to the labels. It is well recorded (as so many French albums are) and definitely deserves to be preserved and enjoyed.

There is not a tremendous amount of information on the internet about Pramod Kumar (1938-83) but he appears to have been an early disciple of Ravi Shankar and to have died at the young age of 45.

Unfortunately, the name of the tabla player is not mentioned -- a typical situation which persisted into the early 1980s. 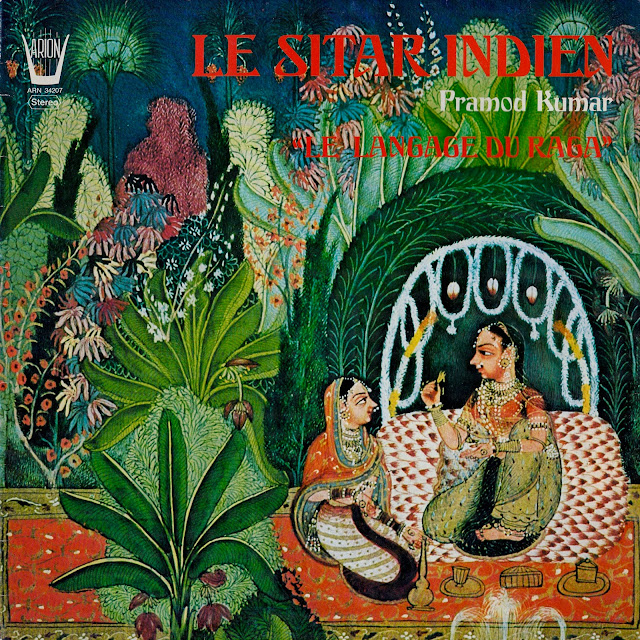 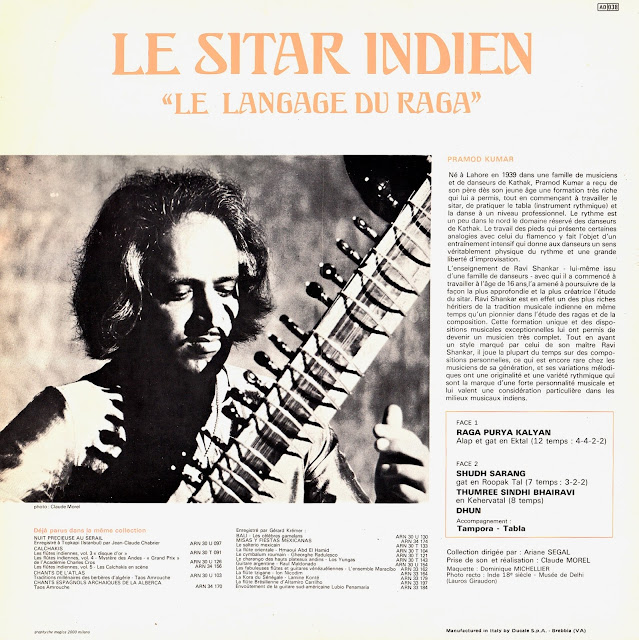 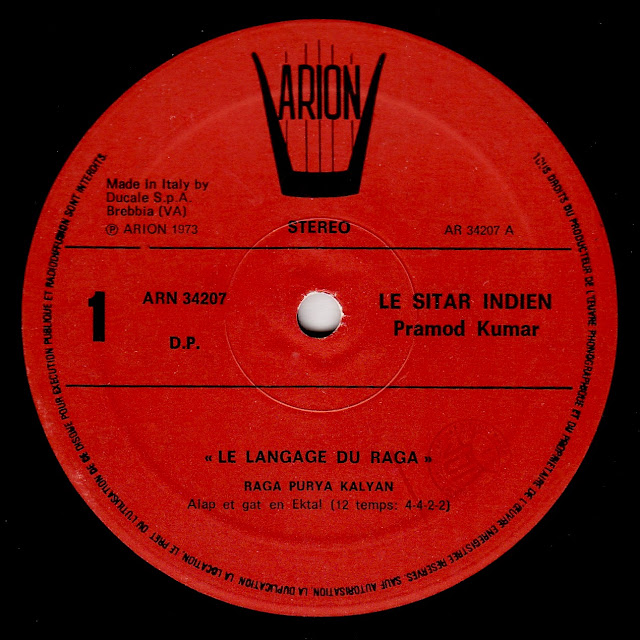 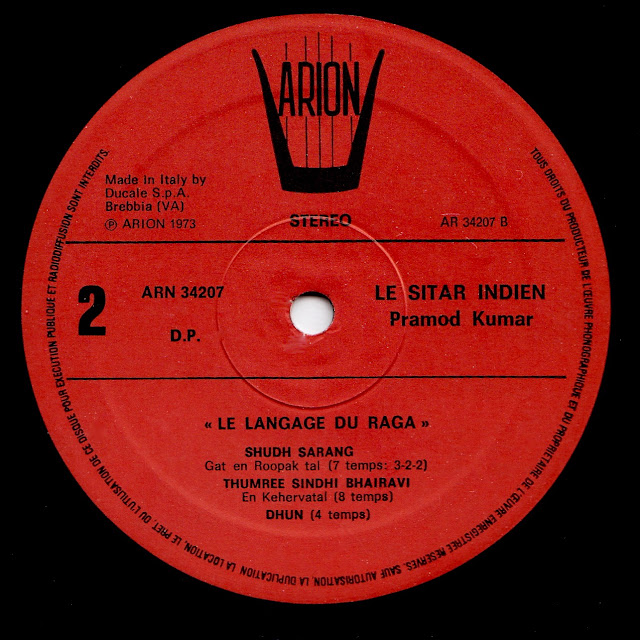 side one:
Raga Purya Kalyan