Here is one of seven cassettes I have of South Indian violinist Kunnakudi Vaidyanathan (born in 1935) -- which were released in the 1980s and early 1990s. A few of the cassettes appear to be reshuffling and reissuing of previously released content. Maybe all of them are. HMV/EMI has had and continues to have the practice of endlessly reissuing material in different configurations. At times it almost seems to be an overwhelming task keeping track of it all.

That doesn't affect the enjoyment of this cassette, of course. We have a lot of fast tempos and energetic performing on this cassette release. There are moments that recall Appalachian fiddling, of all things. See this short video to see what I mean. There is also a quite interesting percussion solo section starting side B. All of the credits and list of pieces, ragas, composers, etc are on the images below.

I see the price sticker on the label spine and wonder if anybody actually paid 37 rupees in India in 1990 for this cassette. At the average exchange rate for the dollar in 1990 and factoring in (US) inflation, that would be the equivalent of around $2.50 in 2018 (probably about what I paid for it a few years ago when I ordered it from Shrimati's). 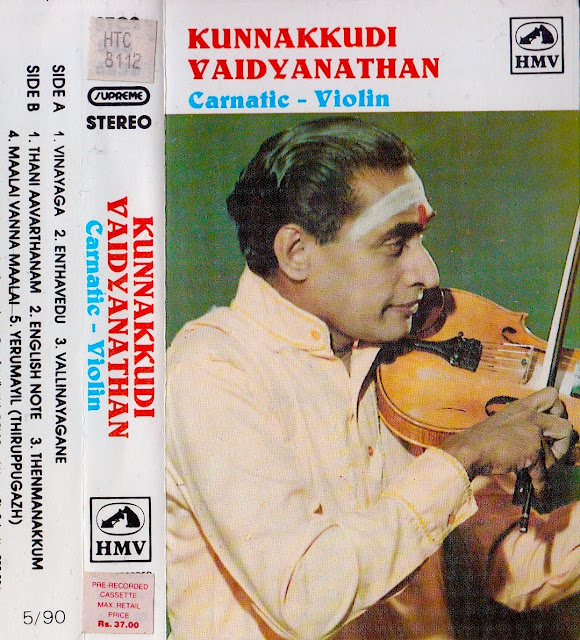 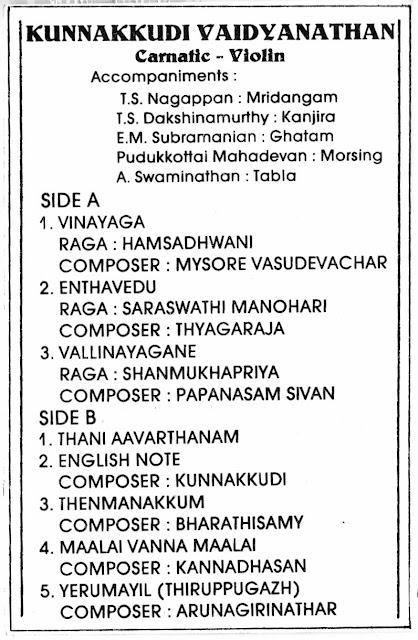