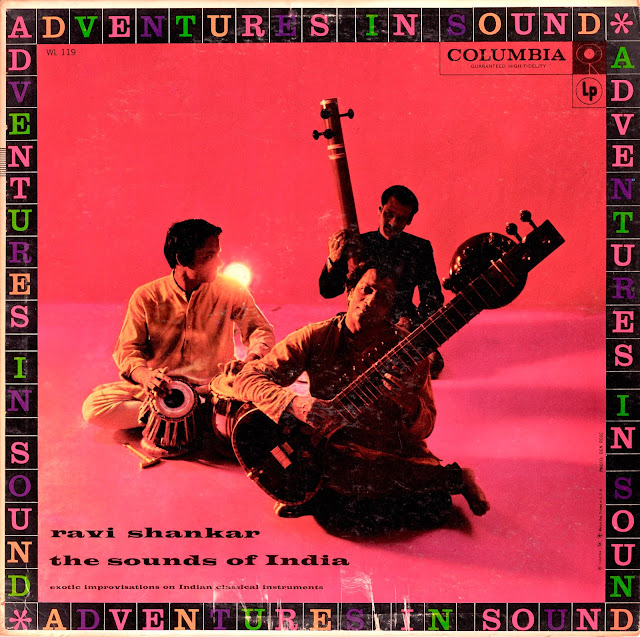 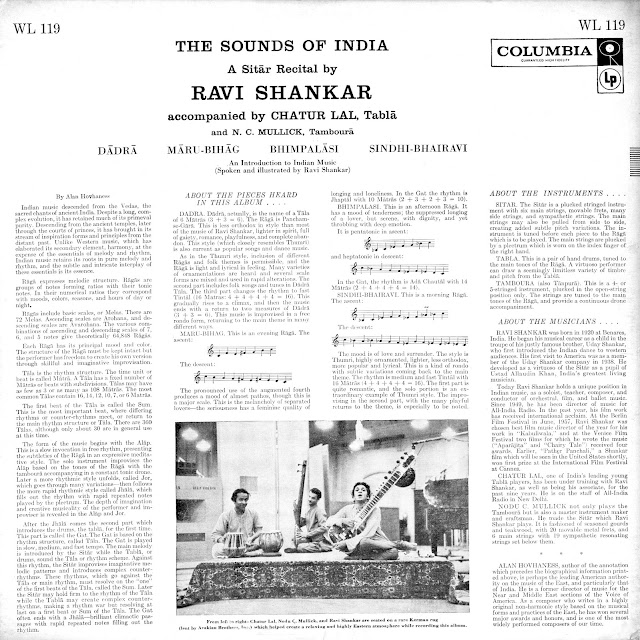 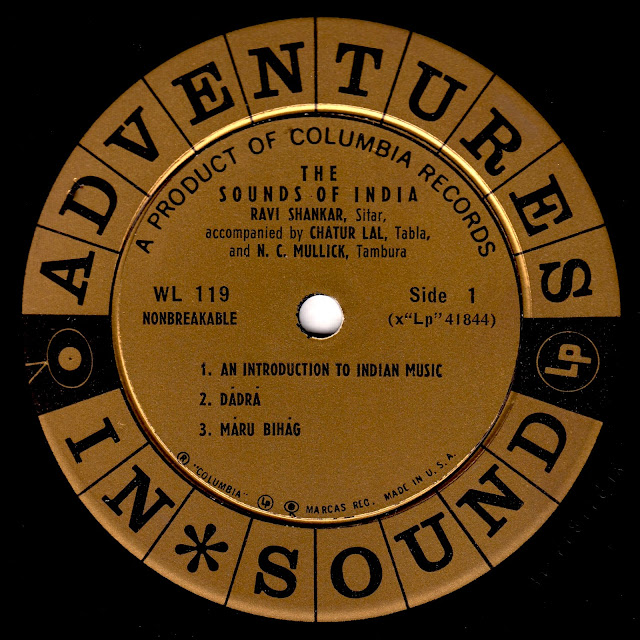 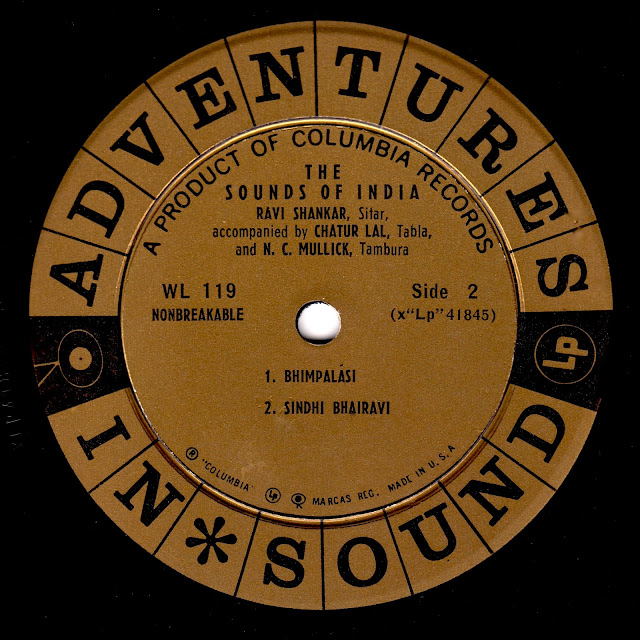 It was released as part of Columbia Records' series entitled "Adventures in Sound" which was begun in 1958 ostensibly as part of Columbia's celebrations of the 10th anniversary of their introduction of the LP. This series was one of the first to be devoted to world music on a major record label. Capitol Records would eventually produce a similar series entitled "Capitol of the World" featuring several reissues of EMI India titles.
The album was recorded in New York in 1957 and produced by noted producer George Avakian (uncredited). It was released as an LP in 1958. There have been multiple reissues and cover art changes but this is the earliest available edition.
This was originally conceived as an educational as well as entertaining record, and there is a very basic 4-minute talk entitled "An Introduction to Indian Music" which I have edited out of this transfer. There are so many more educational resources available to the average person 62 years after this album was released that it seems pointless to include this very basic introduction. I have also edited out Ravi ji's very brief identification of the ragas and talas before each piece. I am certain these spoken parts are available on YouTube and also on the CD reissue.
The liner notes are by noted classical composer Alan Hovhaness.
Of interest to me is this review by Yoshi Kato of the album as part of the book "1001 Albums You Must Hear Before You Die":

Ravi Shankar's The Sounds Of India was the ultimate mix compilation for classical Indian music, in that it was accessible, gloriously played, and inherently well informed. At a time when tracking down global musical styles took some effort, Shankar was the perfect musical ambassador, one who was already familiar to legions of listeners as both an elder friend and informal musical teacher to The Beatles (George Harrison once called him "the godfather of world music").
Please note two things: this is part of a journalistic genre I like to think of as, "Record Reviews Written With No Clear Evidence of the Record Having Been Listened To." More importantly, Mr Kato seems to be under the impression that the album was released in 1968 (a mistake that Wikipedia repeats). In fact, in 1958, almost no one in the United States knew who Shankar was, and George Harrison was 15 years old and spending his days in school in Liverpool.