Here we have the first LP recorded by Sharan Rani Backliwal (née Mathur) (9 April 1929 – 8 April 2008), one of the first (if not the first) female sarodists in India. She was a direct disciple of  Allauddin "Baba" Khan and his son Ali Akbar Khan (see previous posts and also his eponymous college).

Although many female musicians in India respond to negative pressures from a patriarchal society by avoiding performing in public and instead teach at a university, Sharan Rani chose the path of performing and training disciples. She was awarded the Padma Bhushan (the third-highest honor for a civilian in India) in 1980 and continued to perform publicly until just before her death. She was a collector of rare instruments and before her death donated over 450 musical instruments to the National Museum in Delhi.

Her discography seems to have stalled in the late 1960s, which is a shame. Perhaps there are some AIR concerts or other live recordings floating around in collectors circles?

Side 1: Raga Kausi-Kanada
Side 2: Raga Lalit and solo tabla in panchan savari

Preparation: Ultrasonic cleaning for 5 minutes in water, followed by a  quick vacuum drying with a VPI 16.5 cleaning machine
Turntable:  Audio-technica AT-LP-1240
Cartridge: Shure M97x
Pre-amplification: Vintage refurbished Pioneer SX-780 in "mono" mode.Recorder: Edirol R-09HR at 24bit/44.1kHz resolution
Software: Audacity to normalize, convert to a single channel, and carefully remove several dozen clicks and pops per side using the "repair" tool. No change in EQ was made. Conversion to 16/44.1 took place in Audacity. xAct was used to convert to FLAC and mp3. Files were compressed to "zip."
So-called "noise removal" and dynamic range compression were avoided in order to best preserve the dynamic nuances and tone quality of the original sound. 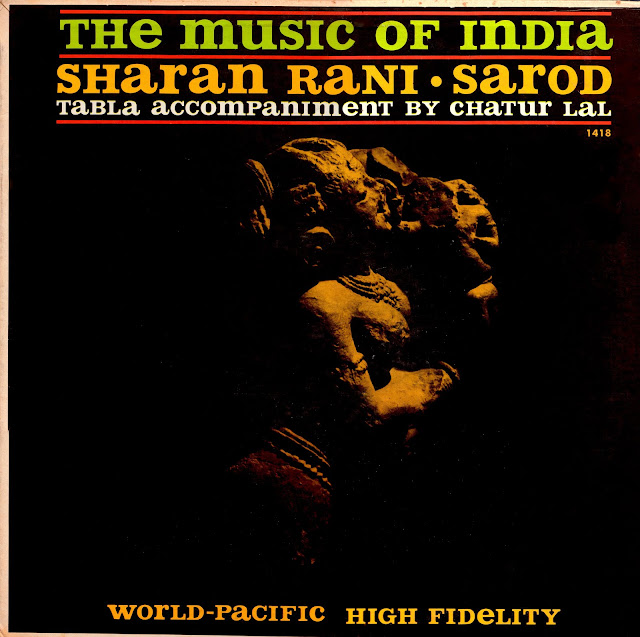 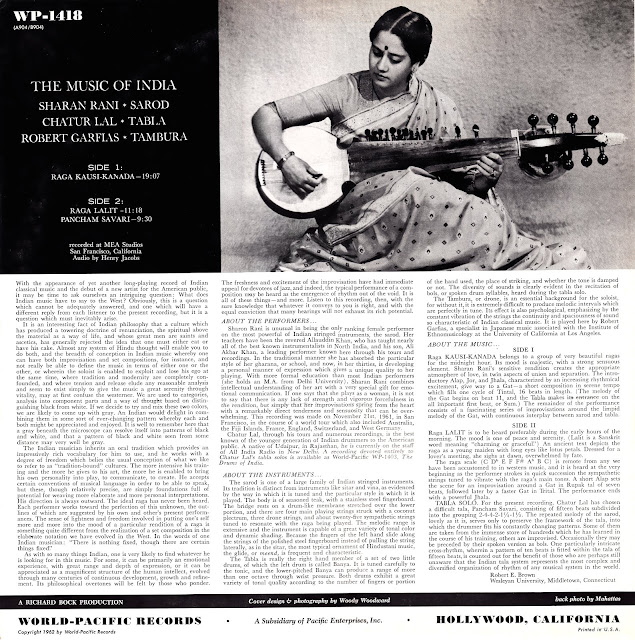 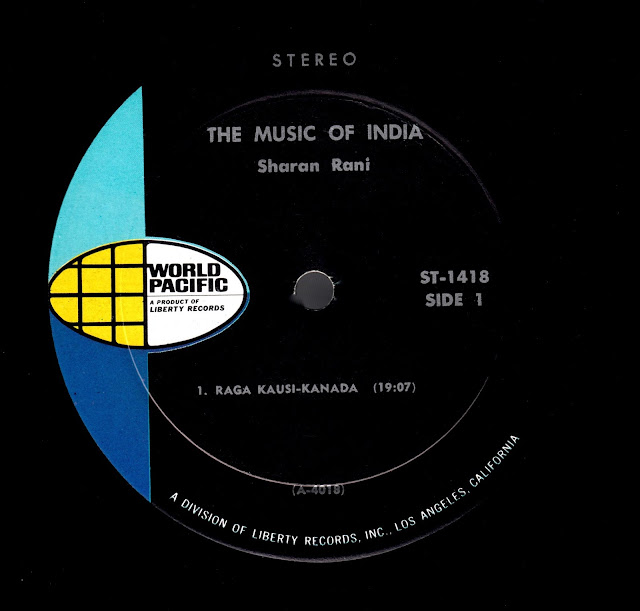 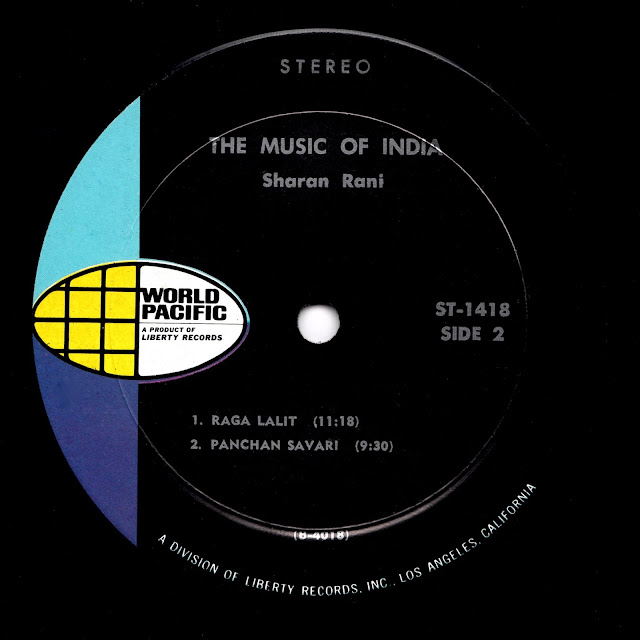 Note: There is a CD of this LP (which also includes a solo LP by Chatur Lal) which was released by El! Records in the UK a few years back. As far as I can tell, this LP is in the public domain in the UK and that El! release is a straight vinyl transfer with no royalties going to the artist's family or the current owner of Liberty Records (it might be EMI). Therefore I don't consider it to be a legitimate CD release and I will share the sound files of my transfer until someone can demonstrate that this LP is currently available in a legitimate CD release.

Also, there is an out of print LP which claims to be a stereo release. I believe the session was recorded in mono and the stereo was "Electronically re-channeled to simulate stereo" -- anyone with verified knowledge to the contrary is invited to let me know!