Ashish Khan: California Concert [WPS 21459] released in 1967 by World Pacific Records in the US

Ashish Khan was born in Maihar in 1939. He is the oldest son of Ali Akbar Khan and is still touring internationally.

This record by Ashish Khan is part of a library of Indian music published by World Pacific Records in the 1960s and very early 1970s. Almost all of them were produced by Richard Bock, who founded World Pacific as a subsidiary of Pacific Jazz Records.

This is a concert recorded in Los Angeles (hence the title of the album) and consists of one raga (with the alap section apparently edited out) which is broken up over the two sides.

Tabla is by the great tabla maestro Alla Rakha

side one:
Raga Bilashkhani Todi: gat in slow teentaal 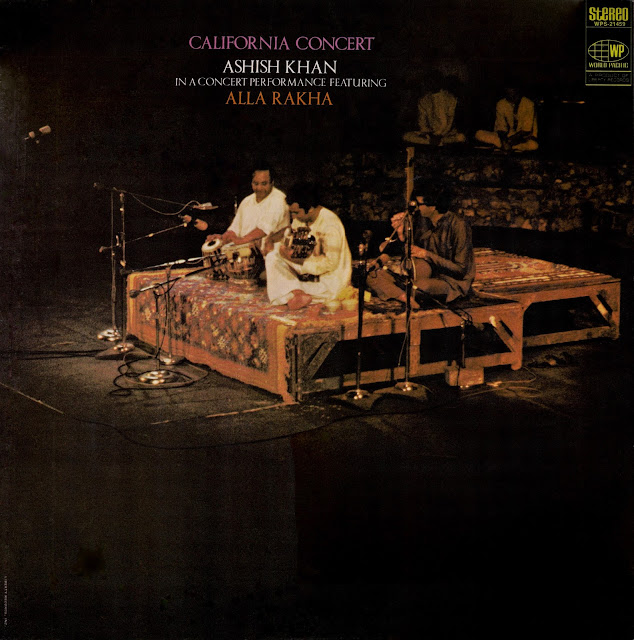 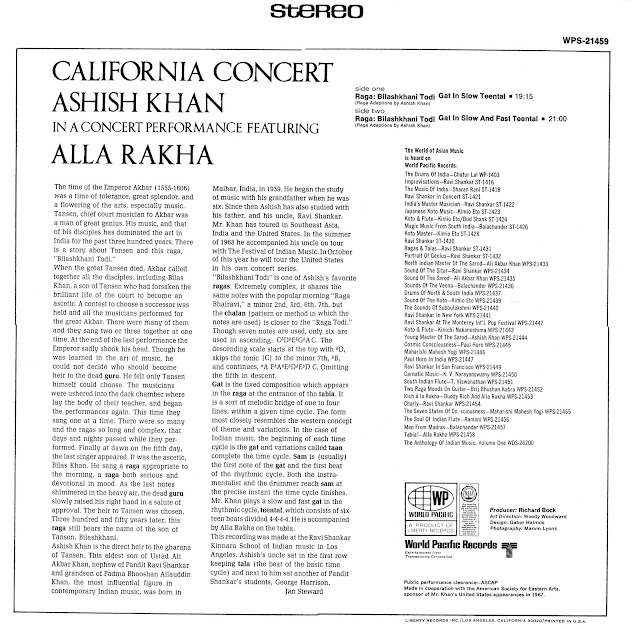 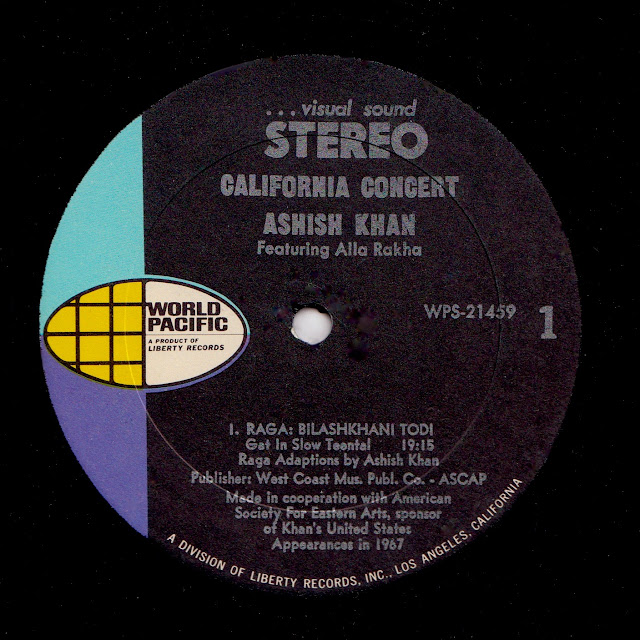 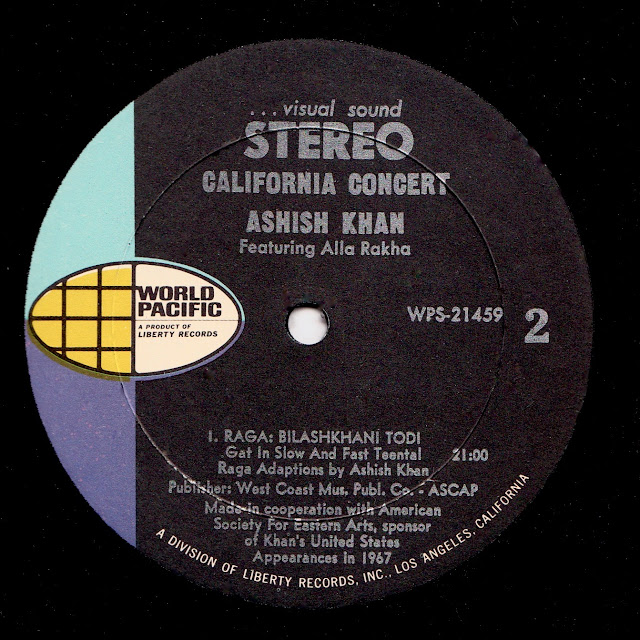