Here is my final LP from the somewhat mysterious Oscar Records label. They issued a half dozen LPs in the late 1970s and early 1980s and were based out of New York. There were a few live albums of ghazals from singer Mehdi Hassan. One of popular Pakistani film songs. Then there was no more. It seems they had some sort of contact with EMI Pakistan -- probably help with recording, or else allowing people out of exclusive recording contracts, or something else. There is no evidence for a belief I once held that these were US releases of licensed EMI Pakistan recordings.

There is not much information I could find about Ustad Kabir Khan. He was born in Jaipur in 1924 and died in Karachi in 1980. He is considered to be a member of the Senia Gharana and according to one reference book ("Who's Who: Music in Pakistan"), he counted Ali Akbar Khan and Amjad Ali Khan (both sarod players) as teachers. [Certainly Nikhilji did not mind having two sarod players as gurus.] He appears to have a son who is active musically in Pakistan.

This is from near the end of that dark era when mentioning the name of the tabla player on an LP was considered optional and possibly a waste of time.

The track titles are as follows:

I would like to thank my internet friend and fellow music lover "Tawfiq" for discussing this label and this LP with me offline. As always his blog is self-recommending and its latest post is noted at right. He also has a superb store on Discogs.com. He might be the most reliable supplier of new-old-stock Indian Classical LPs on the planet. This LP was purchased from a different seller on discogs. LPs from this label only rarely show up on internet sites and only once have I seen one in person before paying for it (that LP was also posted on this blog -- take a look for it!) 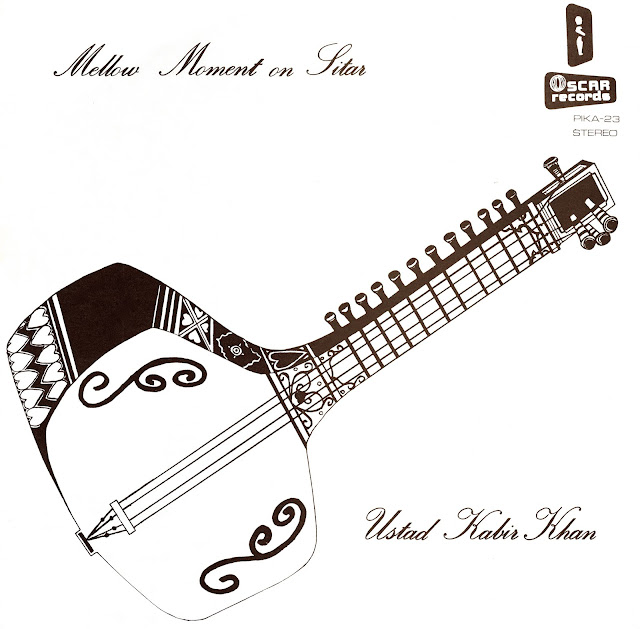 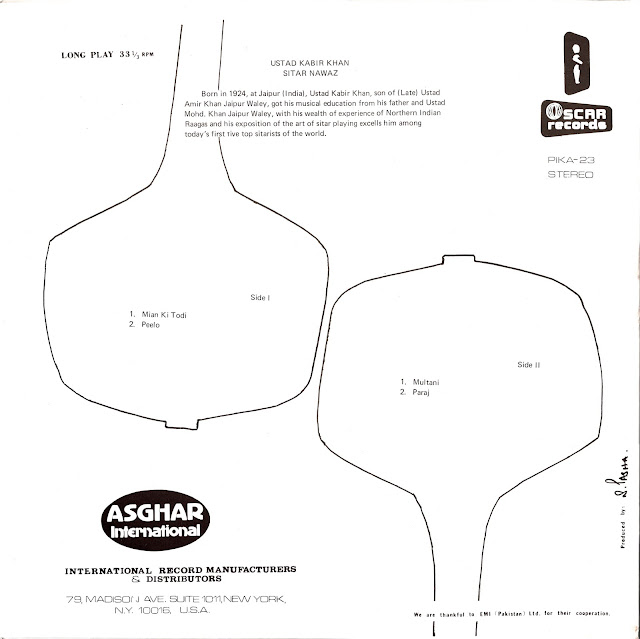 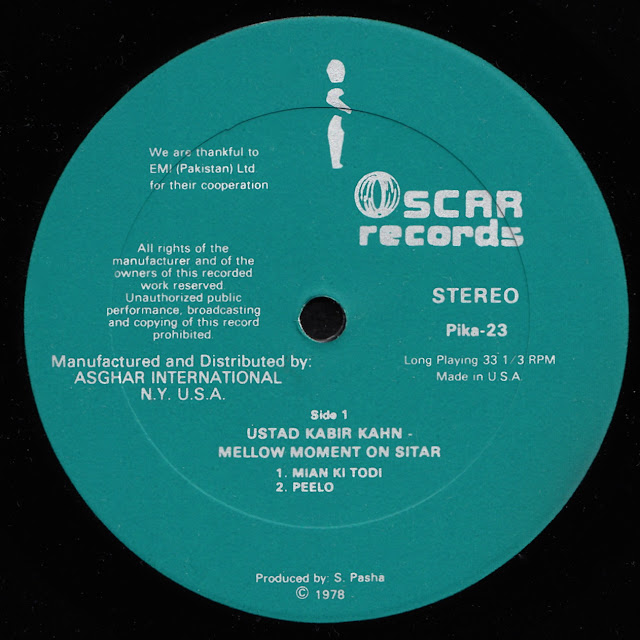 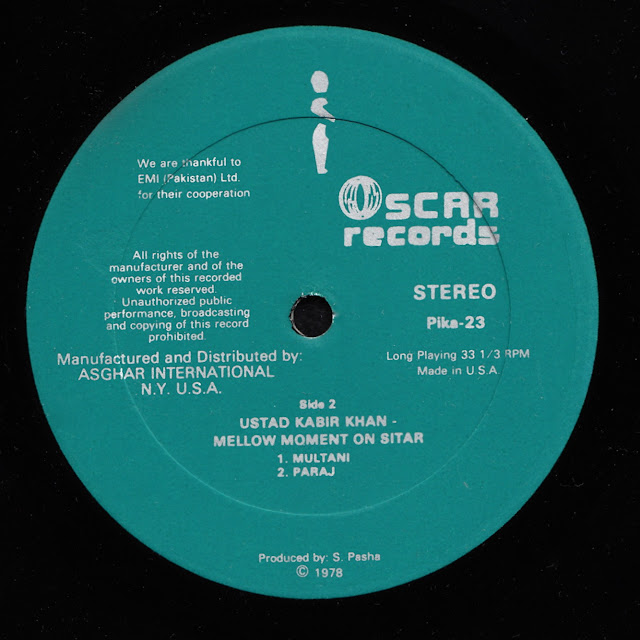 
Recorder: Edirol R-09HR at 24bit/44.1kHz resolution
Software: Audacity to normalize and carefully remove a few clicks on each side. No change in EQ was made. Conversion to 16/44.1 took place in Audacity. xAct was used to convert to FLAC and mp3. So-called "noise removal" was avoided in order to best preserve the dynamic nuances and tone quality of the original sound. The record is visually in excellent shape but unfortunately there is some faint surface noise still present in the transfer.