Check out the newly remastered and re-uploaded post for this enjoyable LP.

This particular transfer fell of the zippy share file service and there were several anonymous people requesting a re-upload. 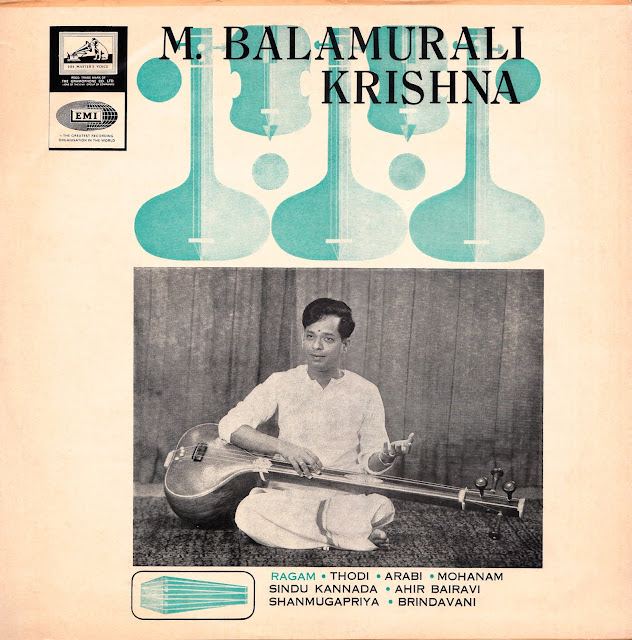 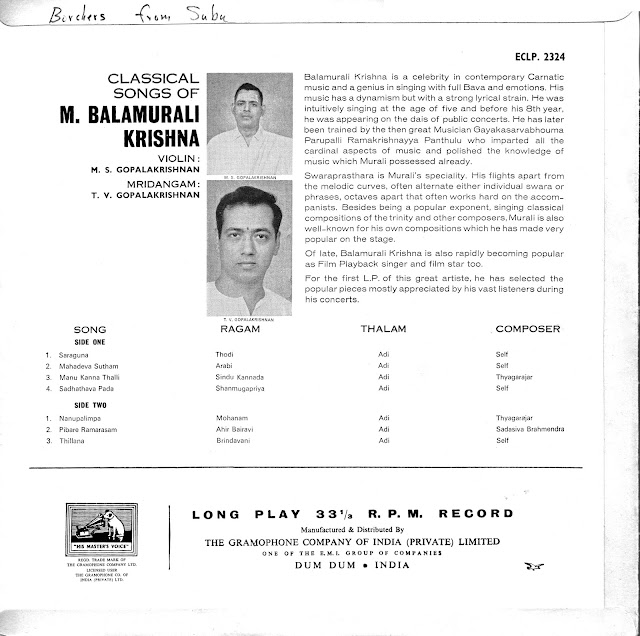 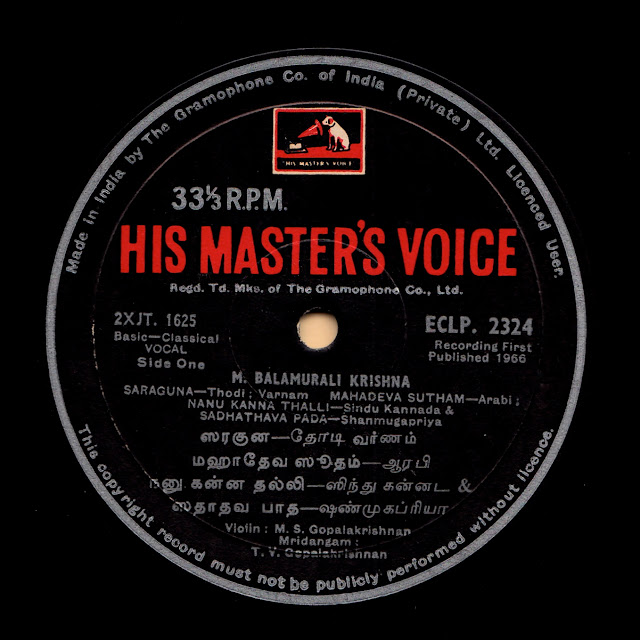 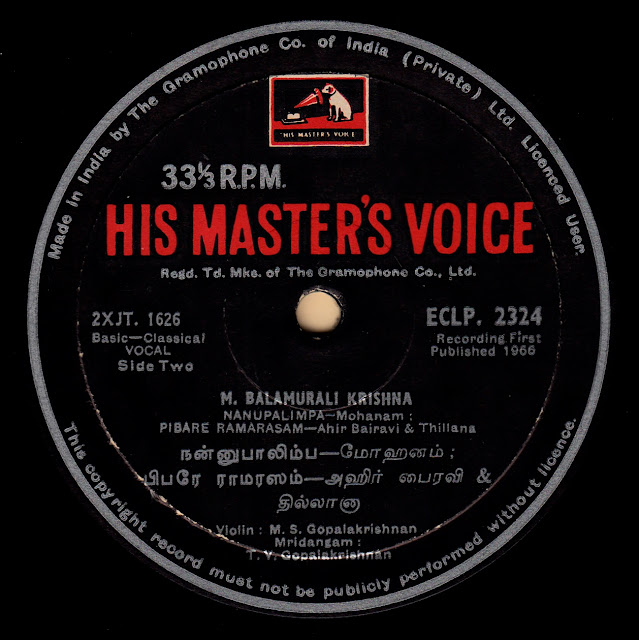 The technical information is exactly the same as the previous post (I transferred them at the same session).

One charming thing about this copy is the odd inscription in ink on the back: "Borchers from Subu" -- possibly a reference to MS Subulakshmi? Hmm. If anybody has an educated guess, feel free to share it with me.