Here is a wonderful and long-out-of-print LP on the New York-based Connoisseur's Society label from 1972.

In explaining this record, we should probably start with 1905 and the partition of Bengal by Lord Curzon. This was predominantly a practical decision to set apart Bengal (where the British maintained their administration) from the surrounding areas.

Later, in the talks running up to Independence in 1947, the Bengal border was kept, but the region was divided between muslim-majority East Bengal (later renamed East Pakistan) and Hindu-dominated West Bengal.

Tactically, this was always going to place Pakistan in an extremely difficult position, with a large and hostile neighbor between it and a major province. When the inevitable political tensions between East Pakistan and the rest of Pakistan occurred, East Pakistan declared Independence in 1971 and named itself Bangladesh. Anyone interested in learning more about the history of Pakistan should try to find BBC Radio correpondent Owen Bennett Jones' superb book on the subject.

Soon refugees from East Pakistan began to pour into India. News reports were quite distressing to a Bengali musician such as Ravi Shankar who had more or less settled into life in California. The conditions inside Bangladesh continued to worsen as bad weather and famine made life extremely difficult for the people of Bangladesh. At a morning concert at Raviji's house in Hollywood, attended by friends and students including one former Beatle, he spoke abut his concerns.

This was apparently the impetus for the two "Concerts for Bangladesh" which happened on August 1, 1971 at Madison Square Garden. In the words of Sukanya Shankar in the liner notes for a recent limited edition release of that morning concert in Hollywood, "It was during this gathering that he [Raviji] spoke about his distress over the plight of the people of East Pakistan (later known as Bangla Desh) in the aftermath of Cyclone Bhola. Being Bengali himself, he talked about wanting to do something to alleviate the suffering. George Harrison, in attendance that day, listened and from those conversations the seed was sown for what would later become the Concert for Bangladesh."

In addition to various rock musicians, the concert also featured music by Ravi Shankar and Ali Akbar Khan, who were accompanied by tabla maestro Alla Rakha. One online source I have found suggested that the three musicians played about 45 minutes at each concert, yet the 3-LP set of the concerts only feature 17 minutes of music by the three Indian musicians. I wonder what might have happened to those other minutes of music.  Either way, I recommend finding a copy of "The Concerts for Bangladesh" not just for the Indian Classical music, but also for some fine performances by Bob Dylan and George Harrison. This set was a hugely selling album and is quite easily available (including, I am sure, on youtube).

This LP release is dedicated to the "courageous people of Bangladesh" and shows news clippings about the then-recent Madison Square Garden concert on the back.

Throughout the early 1990s, the Ali Akbar College of Music was engaged in an on-again-off-again series of reissues of Connoisseur Society recordings on its AMMP label which made it to 5 volumes. It never included this album and I am not aware of any serious current plans to reissue this or any of the other Connoisseur Society LP's from the 1960s and 1970s.

My friend Nels loaned me this copy. He once told me that this was one of his very favorite Indian Classical albums -- and that is definitely saying something because Nels' collection is quite extensive. He would play the LP, especially the first side, repeatedly.

Unfortunately, the tremendous amount of love showed to the LP has resulted in some particular challenges in terms of groove wear and some unusual surface noises. Quite a bit of cleaning up the audio had to be undertaken, but I felt it was more important that I try to make this particular copy sound as good as I could, because of its importance to Nels' career as a listener and student of Hindustani music.

Once again the stand-alone java-based program "ClickRepair" was very useful, especially with its "DeCrackle" feature and the opportunity to listen separately to the removed audio in real time and make adjustments so that no musical content was lost.

Tabla: Shankar Ghosh (who died just this past January) 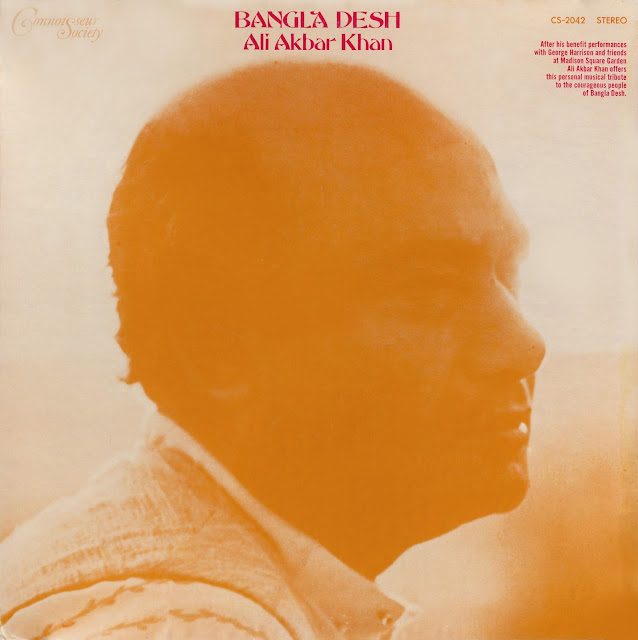 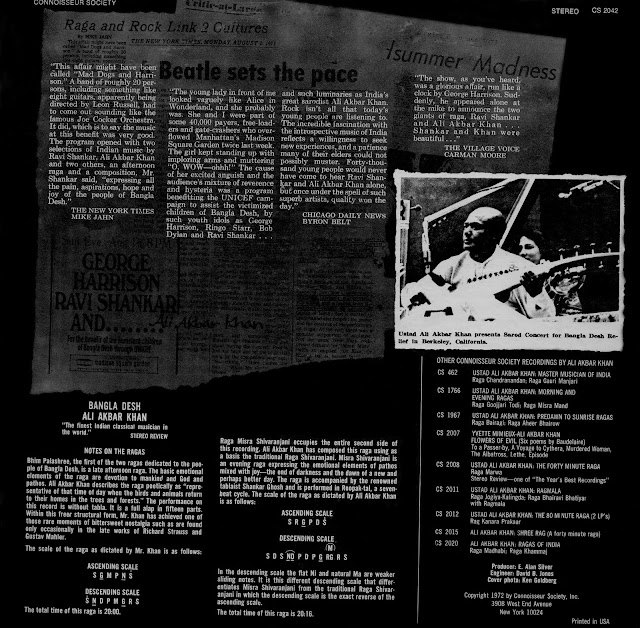 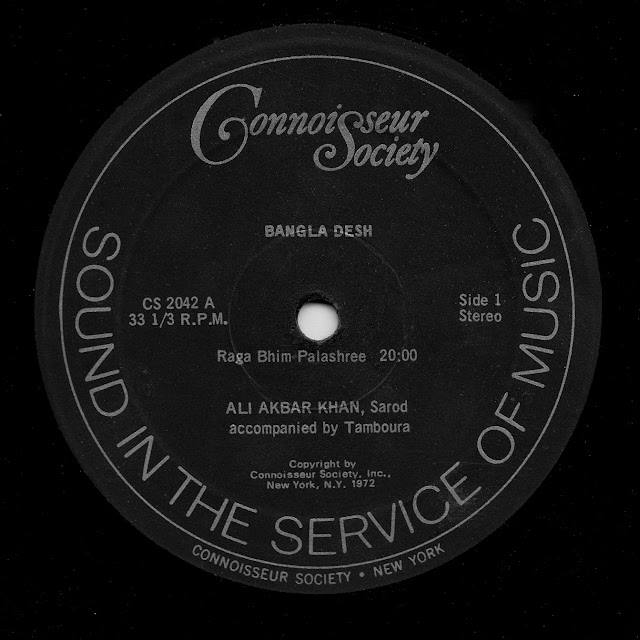 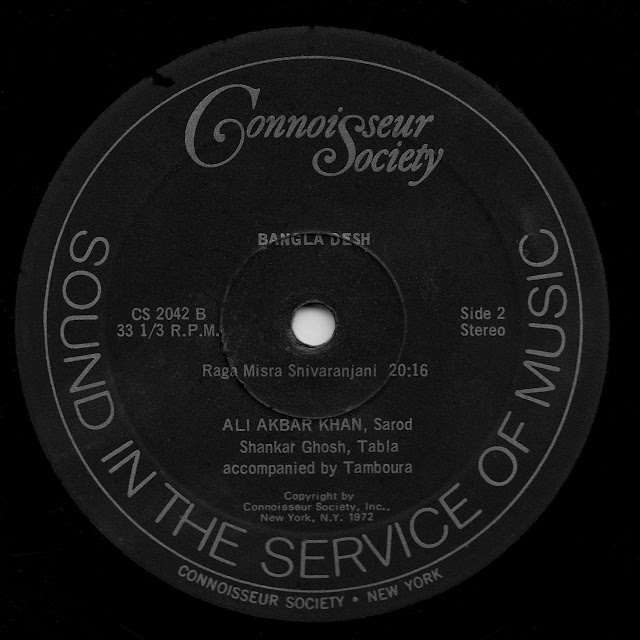 A few large clicks were eliminated one by one with the "repair" tool of Audacity. Next, the sound files underwent DC offset removal and were normalized so that peak levels were -2dB. The "noise removal" and "click removal" tools of Audacity were avoided because they remove too much musical information. The 24bit files were down-sampled to 16bit in Audacity and then converted to mp3 and FLAC using xAct.

24bit, 44.1kHz FLAC files
(these high definition audio files may be played on computers
and some portable devices such as the Pono)