Imrat Khan is the younger brother of Vilayat Khan and is still alive and living at least part time in Saint Louis, Missouri.

This EMI album was recorded when they were still actively performing as a duo, with Imrat always on surbahar  (a bass version of the sitar) and sometimes on sitar, but with Vilayat always on sitar. This arrangement lasted for several years, until they had a falling out. What really happened is not clear, since I don't believe Vilayat's side of the story has been published. Imrat's version of the story is apparently that his older brother could not stand the increasing attention that was being paid to Imrat and therefore stopped performing with him.

Of note about this LP is that Imrat Khan performs an alap of Raga Yaman Kalyan on the first side, and on the second side Vilayat Khan performs gats in Raga Jhinjhoti along with tabla player Nizamuddin Khan. I would have thought they might play the same raga, but maybe for technical (or artistic) reasons we have this arrangement.

In early January of 2016 I was just about to upload this post, when I noticed a familiar looking LP cover at the top of another, better, more venerable blog. So I wanted to wait 6 months to upload my version.

This particular copy was loaned to me by my friend Nels. Thank you, Nels!

The vinyl is in NM visual condition with few obvious defects and the cover has been wonderfully preserved. One unusual aspect of this copy is that it appears to have been autographed by Vilayat Khan on either January 12 or December 1, 1986.

Tabla (side 2 only): Ustad Nizamuddin Khan 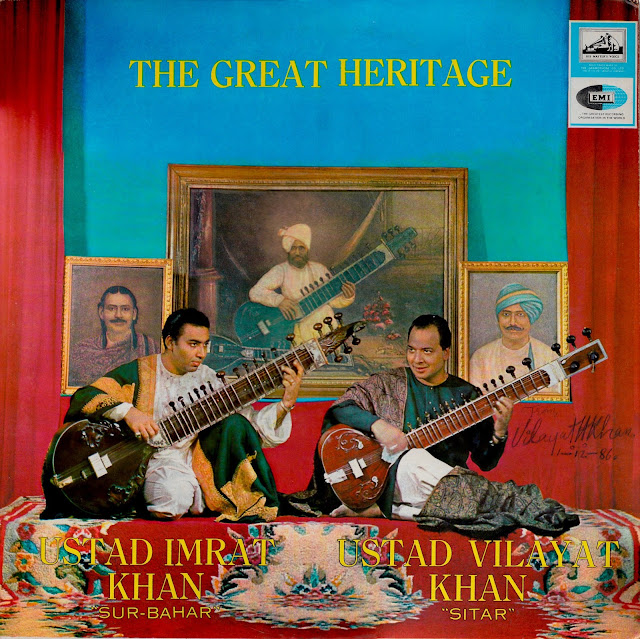 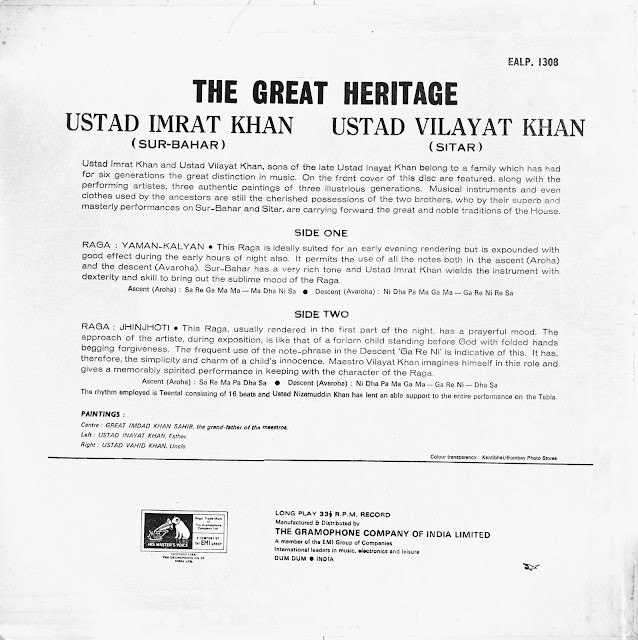 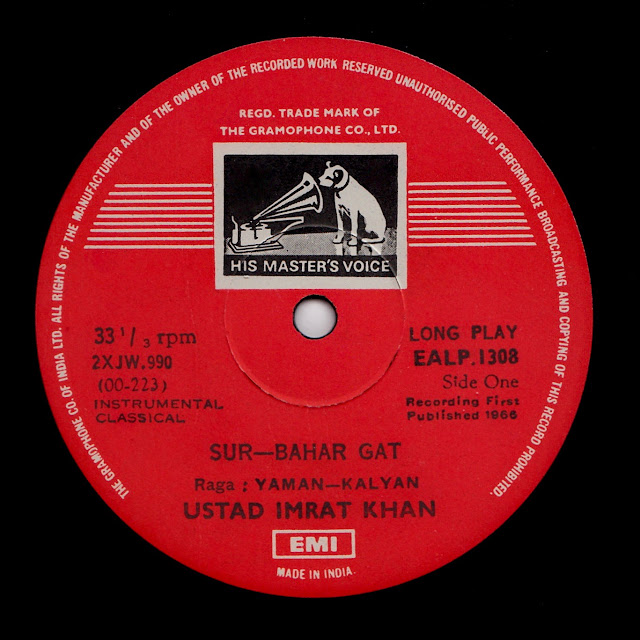 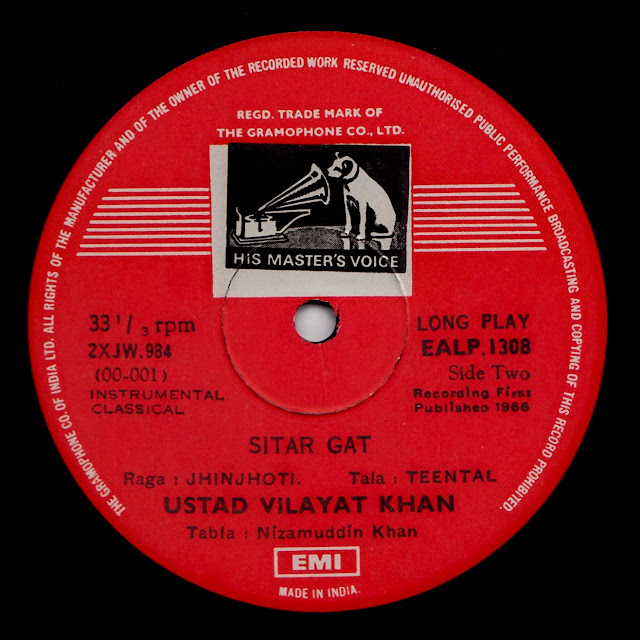 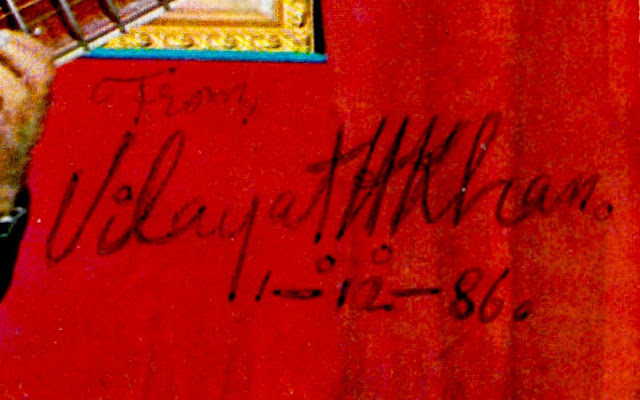 A few large clicks were eliminated one by one with the "repair" tool of Audacity. Next, the sound files underwent DC offset removal and were normalized so that peak levels were -2dB. The "noise removal" and "click removal" tools of Audacity were avoided because they do not work well. I have started using "ClickRepair" which is a stand-alone java based program which removes only clicks and other non-musical sounds. The audio which is being removed can be (and in my case, is) monitored in real time to assure that no musical content is being removed. The 24bit files were down sampled to 16bit in Audacity and then converted to mp3 and FLAC using xAct.

(As a reminder, FLAC stands for Free Lossless Audio Codec. FLAC files can be easily converted to bit-perfect .wav or .aiff files and burned to CDR for playing on basically any CD player, whether portable or a home stereo -- just google "FLAC to WAV'"   In theory, the audio could be encoded into FLAC and decoded back to WAV and then back to FLAC, etc, hundreds of times without the slightest alteration of the file. I happen to use the program "xAct" but I doubt there would be much difference in various software since as a lossless compression app they should all have the same output.)

24 bit, 44.1 kHz FLAC files
(High Definition files which can be played on computer)