Here is an early release by Chitravina N. Ravikiran (born February 12, 1967), one of the best known veena performers of his generation. He plays the 20-string nava-chitravia and utilizes a slide (he says it is basically a length of PVC pipe) while doing so.

Possibly because he appears to have some personal or professional connections to my area, I've had an opportunity to watch him perform in person three times, and have gotten used to hearing veena players being introduced as "a student of Ravikiran."

His early life is somewhat intriguing, with its reports of possessing phenomenal amounts of knowledge about carnatic music at the age of 2 years old.

If you take the time to read the wikipedia article, it seems like Raviji is a bit smitten with breaking records, such as longest veena concert, or in breaking milestones in speed composing. I'm not really sure what to make of that. I would say that when I have seen him perform he has put a tremendous amount of effort into the performance. He also has spent a lot of time in educating, with frequent lecture demonstrations and writing several books about carnatic music, one of which i have read and found easy to understand and quite useful.

Here is video of an almost 3 hour concert given in the fall of 2013 in Indianapolis, Indiana. 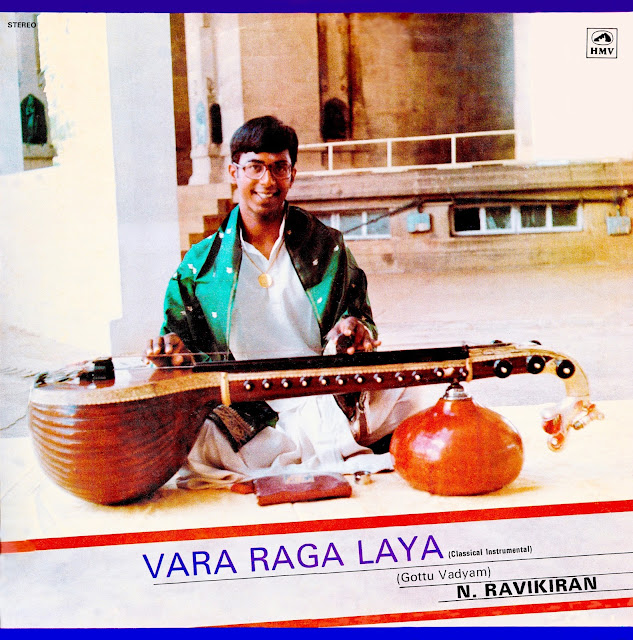 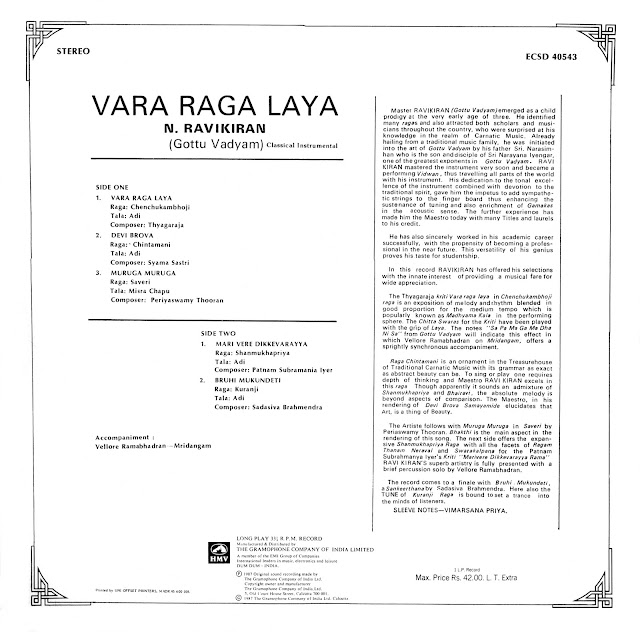 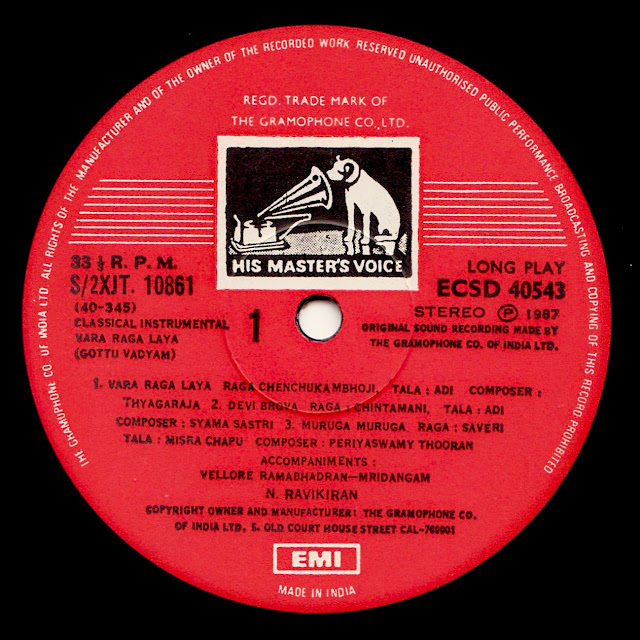 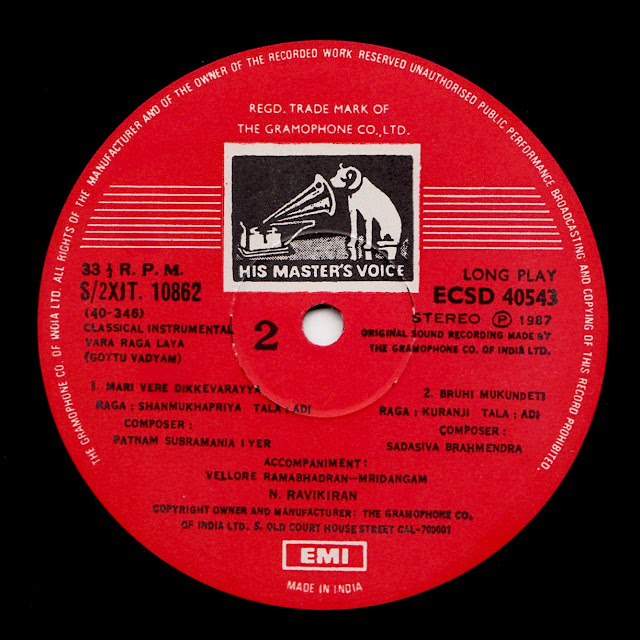 16 bit, 44.1 kHz FLAC
(after extracting, will be suitable for burning CDR)