Shivkumar Sharma and Zakir Hussain: Raga Misra Pahadi [AKSA 14] (LP issued in the US in 1982) (repost with improved transfer)

This is a repost of this interesting album, with a new vinyl transfer and new, more permanent links.

Shivkumar Sharma was born in Jammu, Kashmir on January 13, 1938. He apparently was the first santoor virtuoso to perform Hindustani classical music. He gave his first public performance in 1955

Zakir Hussain needs no introduction here. In a later posting I will have some pertinent thoughts about reasons underlying why he has become such a celebrity on his instrument. The standard reasons ("His father was Alla Rakha and he was able to go on tours with him," and so forth and, "He played with Jerry Garcia and Mickey Hart") seem a bit strained and unconvincing to me.

This LP was recorded at a house concert in Chicago in April, 1982.

The vinyl is in near mint condition and little was needed in post production in terms of click removal or equalization. The delightfully full and warm recorded sound on this release was a surprise to me and I hope someday the rest of the concert will be unearthed and released. For now this remains a relatively obscure gem. 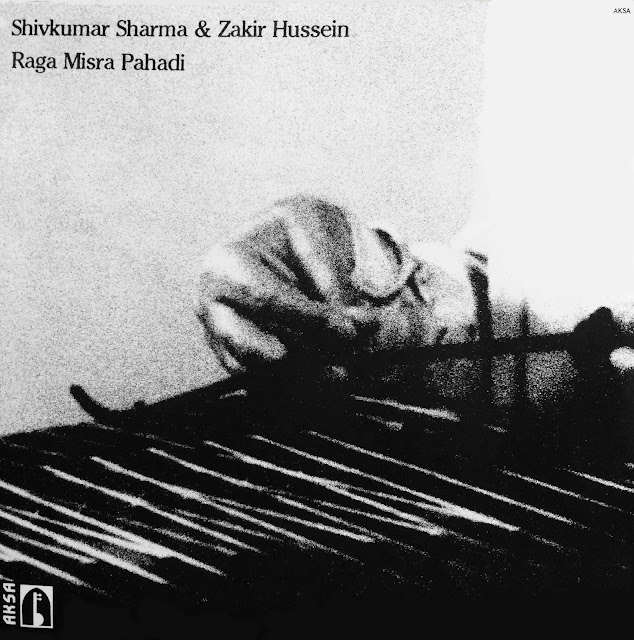 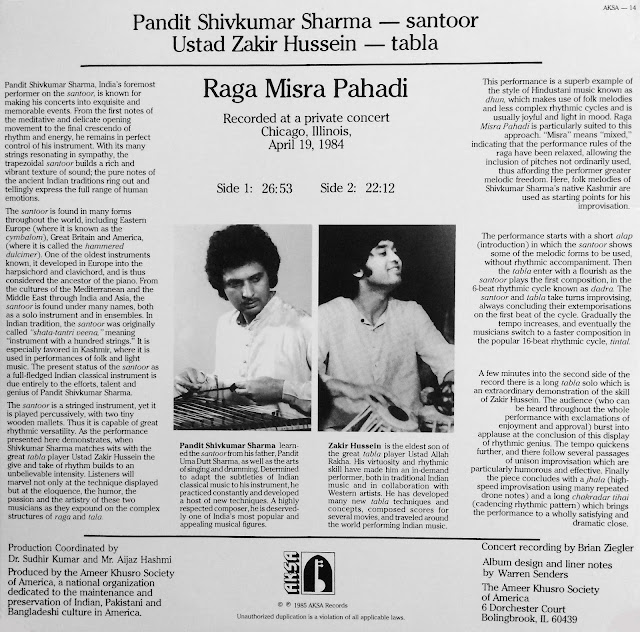 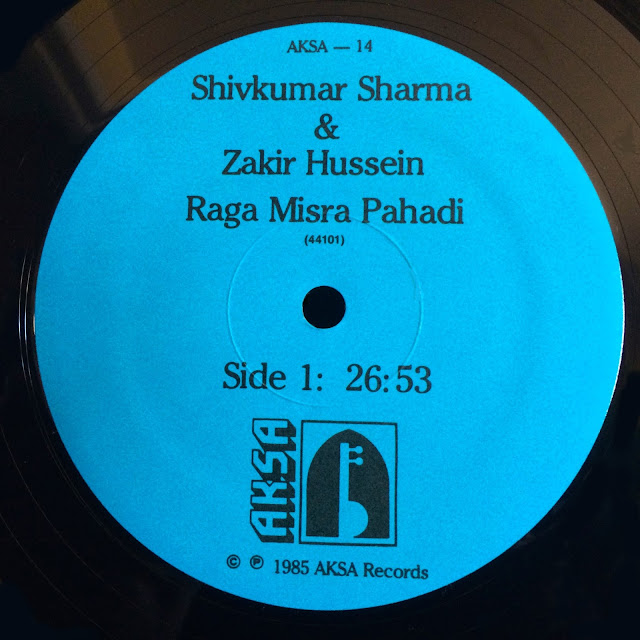 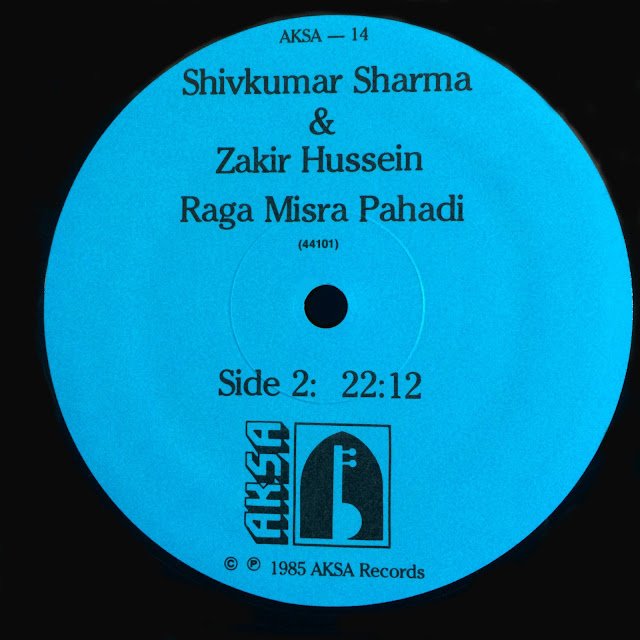 and another video from the same concert

16 bit 44.1kHz FLAC file
(after decoding will be a lossless copy of the recording,
suitable for burning to CD)