We have met TR Mahalingam (nicknamed "Mali") once before in this blog, with one of two live releases on the Stil label out of France.

There are many stories of Mali's difficulties performing live, with concerts cancelled at the last moment, audiences waiting for hours after the official start time until Mali was prepared to perform, etc. They are on the internet for those wishing to pursue that line of history.

My line of musical history focuses on the music -- it goes from Mali's first 78s up until the last recordings.

This was recorded in 1969. I am fairly sure there was an LP release at one point, but I have not seen it nor have I been able to find any traces of it on the internet. I am learning, however, that it is not as easy to discover discographic information on EMI India releases as it is to locate such information on popular music released almost anywhere in the world. This particular release could be a mixture of sessions as well -- HMV started doing this in the 1980s and its corporate successors continue the practice with increasing abandon.

Ideally there would have been credits listing the other musicians. Unfortunately this is not the case.

One characteristic of Mali's playing which is seldom seen in more recent Carnatic performances is his love of silences and his occasional playing of a single note held for up to 30 seconds at a time.

For those who are interested enough to click on the word "Sangeethapriya" and join the group, there are a reported 60 concert recordings by Mali on that website. One nice advantage of the group is that they have an easy to use app for streaming. One very sad aspect is the low bit rate mp3 files which are on offer. Still, you can hear historical concerts as well as what was played on AIR Chennai last week. More audio recordings are beginning to crop up on YouTube as well.

I combined both sides of the cassette into one long track. This goes against accepted practice of most music blogs I follow. Most of the time I will split up the files for LPs on a per-side basis, unless there is a live recording of single piece stretched out over two sides because of technical limitations of mastering vinyl (see my recent post of an Ashish Khan LP). That will usually be my approach for cassettes. For those wishing to split the tracks, I have found the program "Fission" to be the easiest way to accomplish this. Unlike other programs, the only purpose of Fission is to split audio tracks. It does so without introducing a type of audio artifact called Sector Boundary Errors (SBE).

Note: I see that the links to my original Mahalingam post have expired. I am interested in doing a new transfer and providing more permanent adrive.com links -- watch out for this in the coming weeks. There is a companion double-LP live set on Stil Records (not listed on discogs.com by the way) of a different concert which I might try to transfer at the same time. 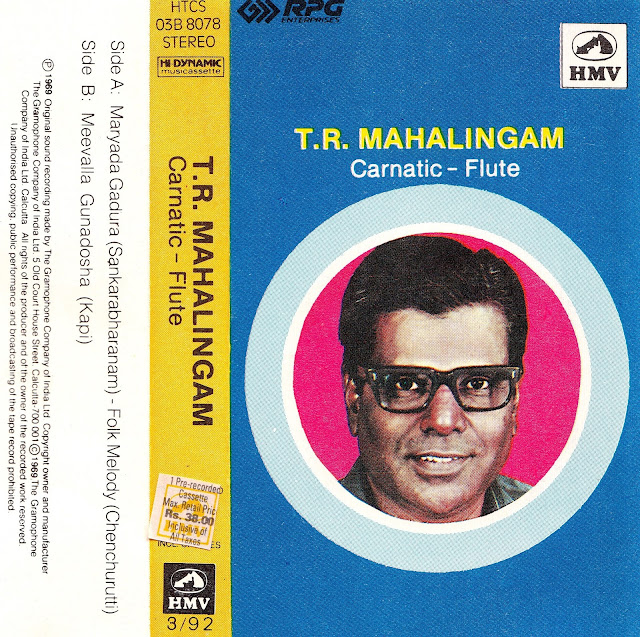 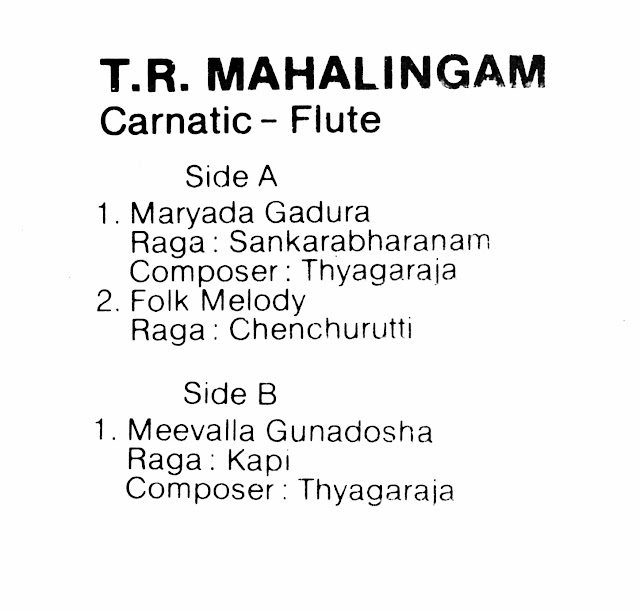