Here is another Lalith Rao cassette. This one comes from Swarashree via their licensing agreement with CBS India. The quality control for many in this series of cassettes is a bit shy of the very highest mark possible, but this one seems to sound alright, especially after manual azimuth adjustment.

It appears to be the last of my collection of releases by Lalith Rao, but given the current disorganized state of my music study room, there might possibly be more.

With kind thanks to my very good blogger friend "Tawfiq" and his magnificent blog http://oriental-traditional-music.blogspot.com which introduced me to this vocalist and many many other musical treasures. So many people owe him a great deal of gratitude, more than will ever be able to tell him.

In illustration of this point, allow me to tell you an anecdote. After seeing a local concert by a guitarist from New Haven, Connecticut, I decided to talk to him a bit afterward. We happened to be mentioning music we like to listen to and after I mentioned Indian Classical, his eyes lit up with interest and he immediately told me in a very serious voice that I simply must check out his favorite blog, "Oriental Traditional Music." He was surprised that I knew the blogger and that I even had a humble blog of my own!

Very interesting to me was that this extremely talented "fingerstyle" acoustic guitarist (think of someone a bit like John Fahey) went on to tell me that a recording by Shamshuddin Faridi Desai had completely changed his outlook on music. We are living in a pretty terrible era, on many fronts, but one bright aspect is the ability for musicians to listen to music that decades ago would have been locked up in people's houses and in ethnic grocery stores and record shops.

And on that note, let's take a look at this cassette. 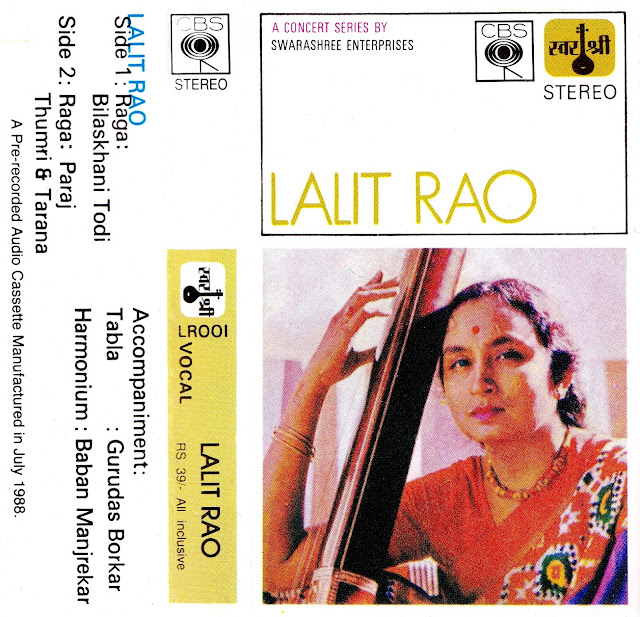 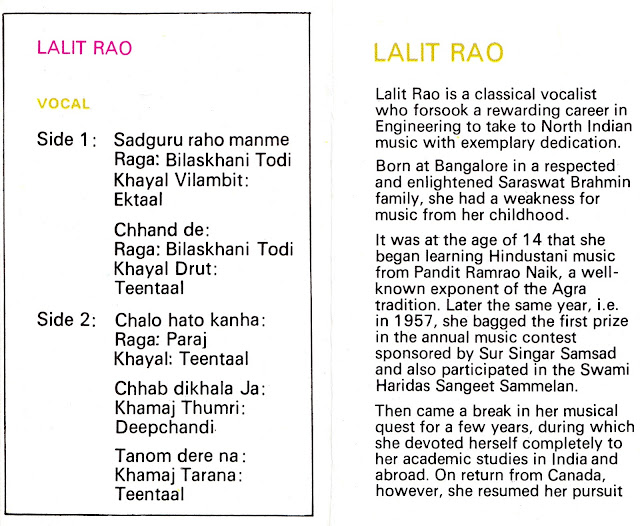 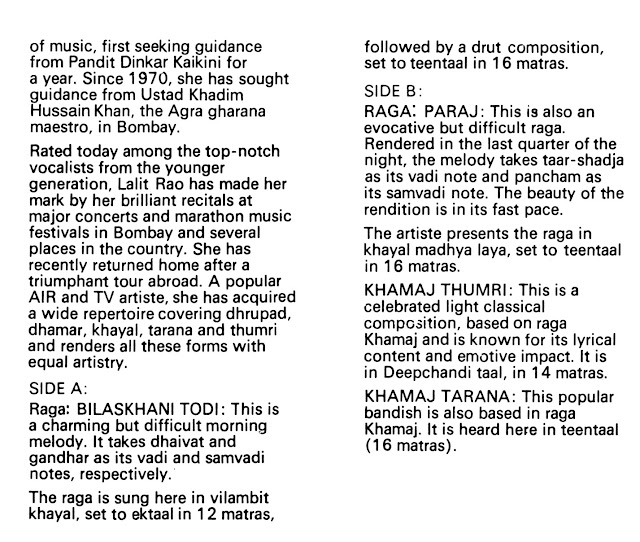 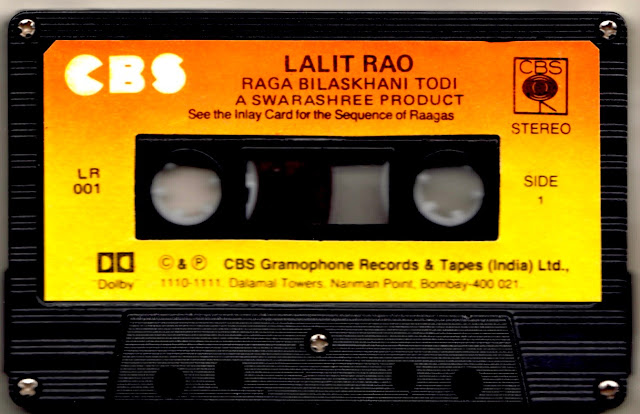 Side one:
Raga Bilaskhani Todi

(see the notes for details about the compositions)