A very Happy New Year to all of my readers. I thank you for traveling with me down the road of musical discovery and enjoyment. Last year can only be described as dark and troubled, at least in the United States and much of Europe. I hope that 2018 will see an improvement.

Here we have a 7-inch 45rpm single featuring the sarod player Virendra Kumar Mathur released in India in 1968, by which time the artist had died (notice the appellation "Late").

This was my first exposure to this performer. He appears to have had at least two LPs released by Polydor in India as well as this record. There are no youtube videos of released or unreleased music from him, which is quite unusual. I was not able to find much at all about him. I have a feeling, however, that at least one of my readers will be able to fill me in. I thank you in advance!

I did notice that sarodist Sharon Rani's maiden name was Mathur, so there may be some family connection there. It is hard to know from the packaging here, which has minimal information. No name of the tabla performer, for instance, or an indication of when or how the recording was made.

This particular copy had an Odeon sticker on it which I believe means it was intended for export, and also the importer in Vancouver (Canada) very helpfully placed a big sticker on the back just in case we needed to know who brought it into that country. 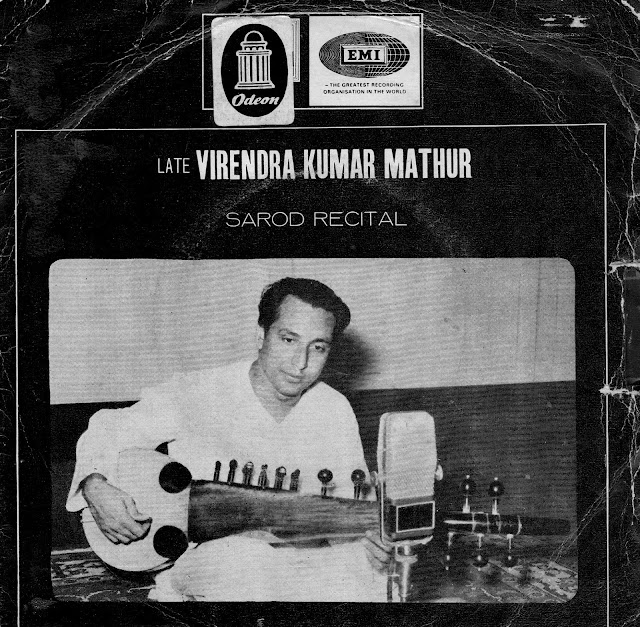 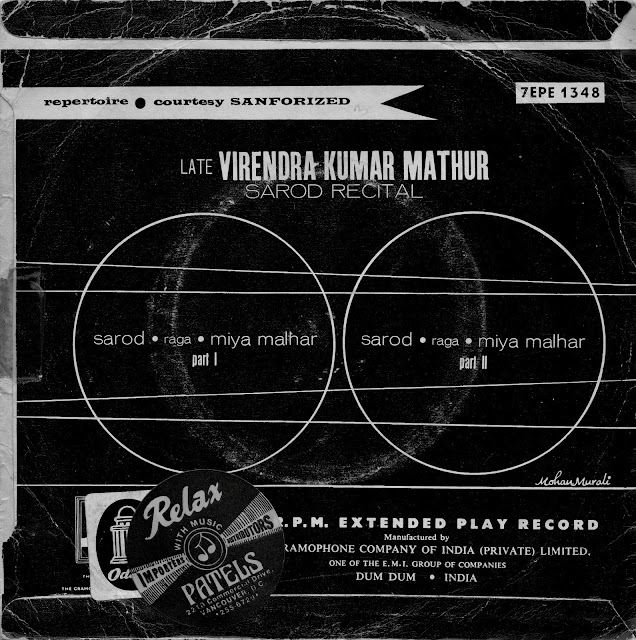 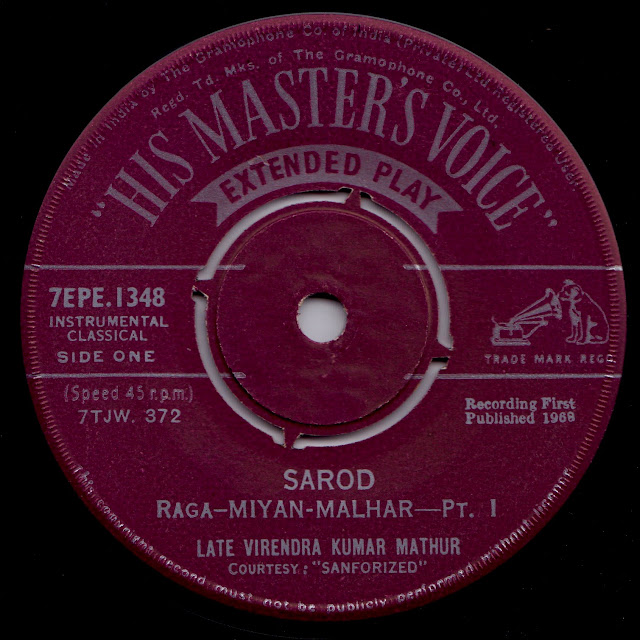 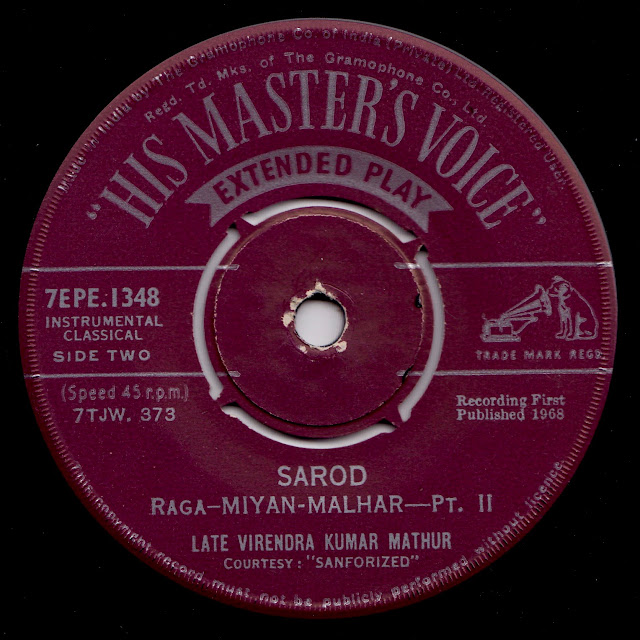 (I have joined the two sides into one file)