Our LP today is our second offering from vocalist Manik Varma (1926-96), a member of the Kirana Gharana. The first post featured an album released by EMI in 1965 with accompaniment by the great violinist VG Jog.

This is the first LP on the blog from the Indian Record Manufacturing Company ("INRECO") which was based in Calcutta. Originally beginning as Hindusthan Records in 1932, it survives to this day (if selling digital downloads for pennies counts as surviving). I have a few Hindusthan 78s including a really lovely one by KL Saigal. It's widely available in good sound on several CDs, so it's not a rarity -- but the colorful label and the challenge in changing the phonograph cartridge to be able to play a 78rpm disk make it a fun experience to listen to once in a while.

This LP is not going to land on any "Audiophile Best" lists, the way that yesterday's post on the Connoisseur Records label often does. However it is not a travesty, either. There is some overly-hard left-right separation of the instruments which would never be tolerated today, and some very minimal high frequency distortion (only during a few brief moments) which might be a result of the previous owners' handling of the LP or might be resulting from an inexperienced LP mastering engineer. But make no mistake - this is a good recording and a charming performance by a singer who did not make a huge amount of commercial recordings. 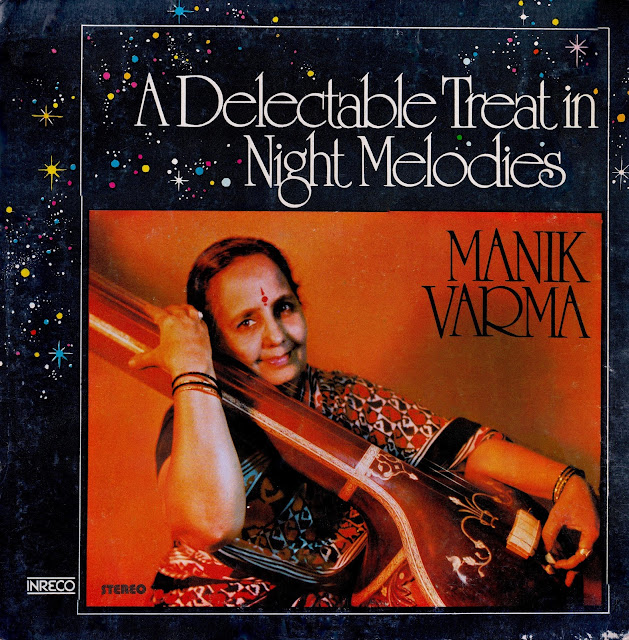 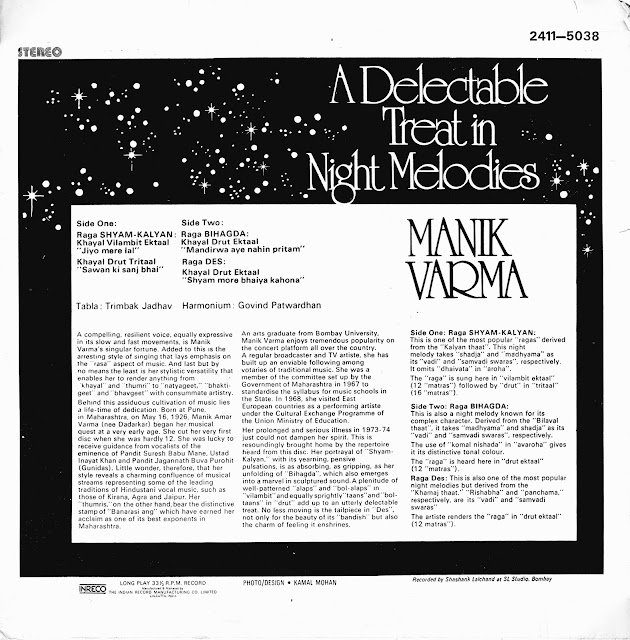 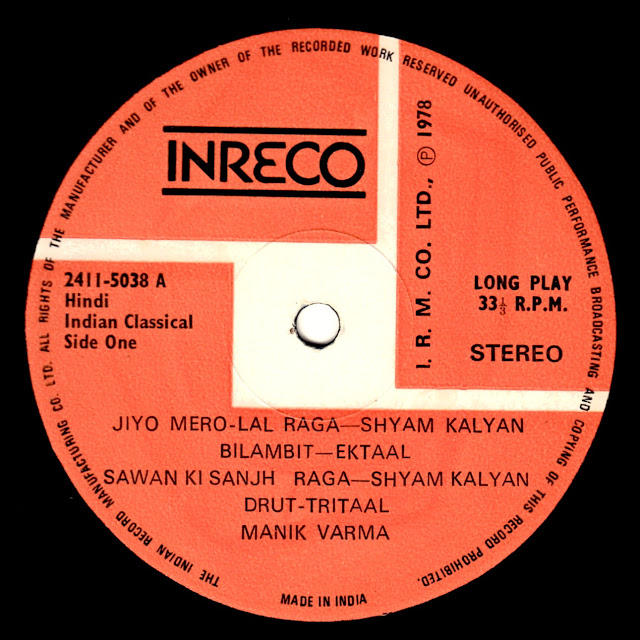 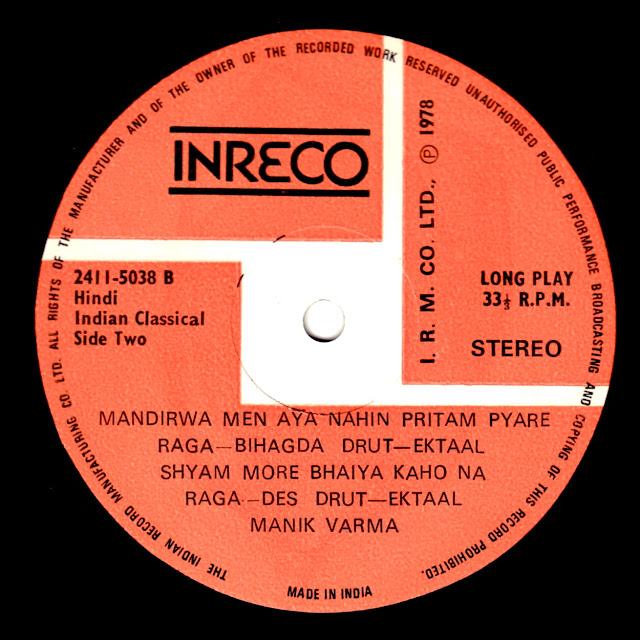 
24bit, 96kHz FLAC (802 MB)
(the highest resolution I am capable of producing;
suitable for playing on a computer or other player
capable of playing high resolution files)