Rasiklal Andharia: Classical Vocal [ECSD 2991] an LP recorded and released in India in 1985

There is not a lot of information about Rasiklal Andharia on the Internet. He seems to have been born in 1931 in Punjab and died around the time of this LP release, apparently of severe heart disease.

The only recordings of which I am aware are this one LP and also a CD on violinist Sangeeta Shankar's CD label Legendary Legacy Recordings entitled "Nirmal." There are several baithak and other recordings on youtube which I highly recommend.

Andharia appears to have been taught primarily by his uncle. Some of the rather scant biographies I found also mention the great Amir Khan; it is unclear whether there was actual teaching going on or if Andharia simply was influenced by the legendary maestro.

I have been holding on to these recordings for several weeks for the somewhat ridiculous reason that after completing the vinyl transfer process, I misplaced the physical LP and was waiting to find it in order to make the cover and label scans. Don't worry -- I'm sure the LP will turn up in my home office. Probably in a big stack of other LPs waiting to be transferred. In the meantime I will use the scans which I found on the singularly invaluable "Anthems for the Nation of Luobaniya" blog.

Either way, this is an extremely lovely LP. Andhari's vocal style is peaceful and beautiful. One gets the impression that he is simply singing the music without adding any unnecessary gymnastic embellishments. It takes quite a bit of artistic courage to adhere to such a simple style and make it work.

Even if you do not normally download vocal recordings, I sincerely suggest you investigate this. 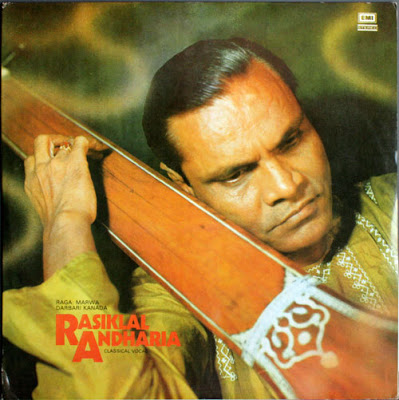 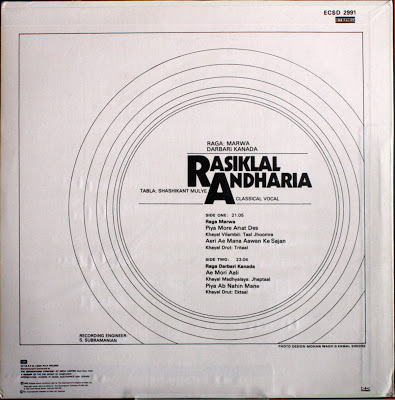 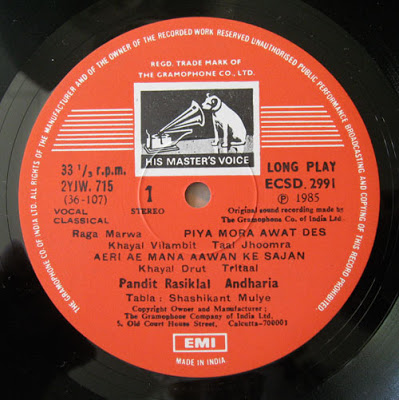 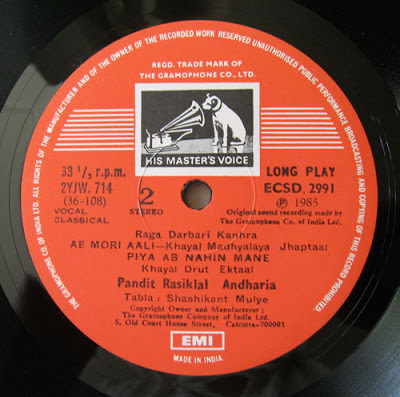 
24bit, 96kHz FLAC (833 MB)
(the highest resolution I am capable of producing; only playable on a computer or other player capable of playing HD files)