Nishat Khan with Zakir Hussain: In Live Concert at the Taj Mahal Hotel, New Delhi [ECSD 3134] An LP recorded and released in India in 1985

Nishat Khan (born somewhat mysteriously in the "mid 1960s" as his wikipedia bio states) is the oldest son of Imrat Khan, which makes him a nephew of Vilayat Khan.

His recorded output has been sparse compared to others in his lineage. There were two EMI LPs in the "mid-1980s" (I can be mysterious, too!) and then not much beside a Nimbus CD and a few releases on the Amiata Records label.

He composed a "Sitar Concerto" which he performed with the BBC National Orchestra of Wales during the 2013 BBC Proms season.

This album was originally recorded "live in concert" and there has been some not-very-subtle editing on the part of the un-named EMI engineers. We have some woozy balance issues in the first two minutes (able to be easily corrected with Audacity and a bit of creativity) and some ham-handed splices of music and applause (not able to be fixed at this time). Certainly it would be wonderful for EMI to discover the unmolested tapes of the concert and produce a one or two CD set of the entire show, but that is too much to expect or even hope for these days, sadly.

Side one:
Raga Yaman Kalyan (alap and jor) 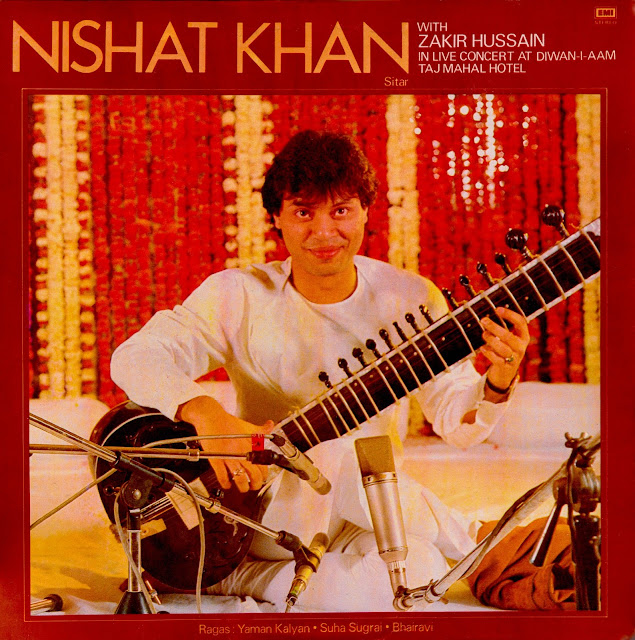 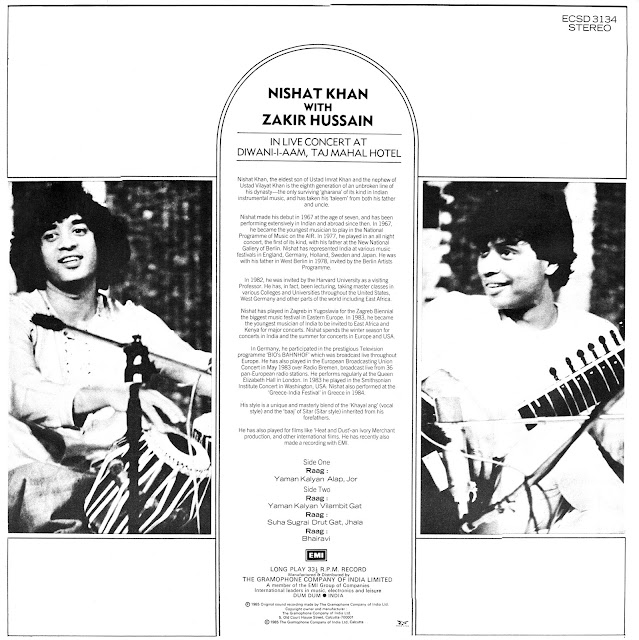 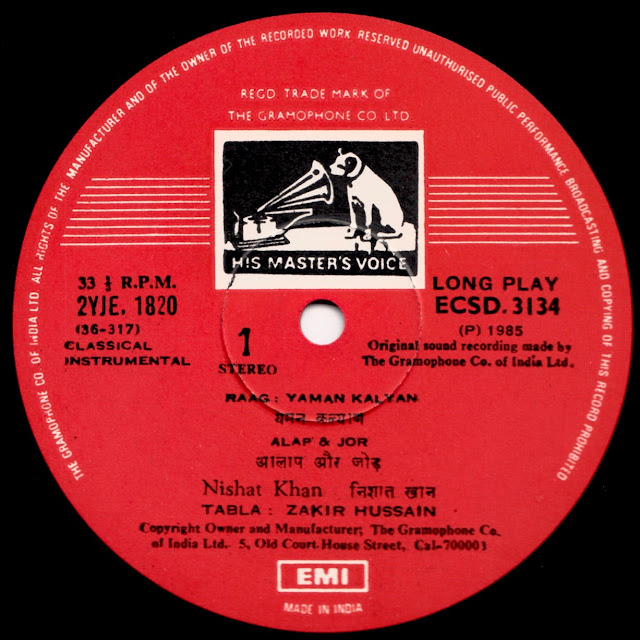 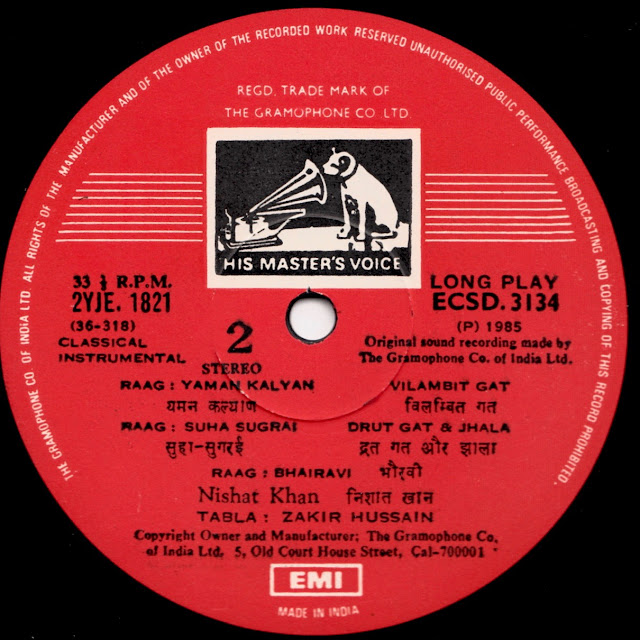 24bit, 96kHz FLAC (774 MB)
(the highest resolution I am capable of producing; only playable on a computer or other player capable of playing HD files)