There have been four or five requests for a re-upload of this album, originally posted to this blog back in April 2015. I decided to remaster the files because I have never been satisfied with my original transfer, despite assurances from people that they thought it sounded fine. The amount of music on three of the four sides of the album required the LP-cutting engineer to reduce the volume to the point where even the French vinyl (from 1960-90 among the quietest on Earth in my opinion) threatened to overwhelm the music.

I have remastered my original transfer and I believe it sounds as good as it is going to sound with my current equipment, ears, and experience.

Just a quick note about terms: the transfer is what happens when a vinyl record is spinning on the turntable and the recorder is on. Once those files are made, anything I do to them is mastering. And if I do those steps again on the original recordings, it is re-mastering.

The original post has been deleted because I don't want to cause any confusion and there doesn't seem to be any reason to keep it (except possibly to preserve readers' comments -- sorry about that!).

After the lines, we will have the original notes and scans plus updated information about equipment and software used.

On view today is an interesting and relatively rare LP from Tiruvidaimarudur Ramaswamy Mahalingam (6 November 1926 – 31 May 1986) who was affectionately known as Mali. He revolutionized the style of flute playing in Carnatic music yet made relatively few recordings. Many of the ones that are available feature remarkably poor sound, although the two CD sets currently available on the Japanese label EM Records are quite nice.

This 94-minute double LP is one of two by Mali that the french label Stil Records released in the early 1980s. It was recorded live in 1978 in Paris and was released on vinyl in 1981. Stil mostly issued western classical LPs but did issue several LPs of Indian classical music (a pair each from Mali, the great vocalist Lakshmi Shankar [1926-2013], and Ram Narayan, as well as one by Imrat Khan). They have a website but as far as I can tell are no longer in business -- no new releases since the late 1980s and only one CD reissue in 1996. 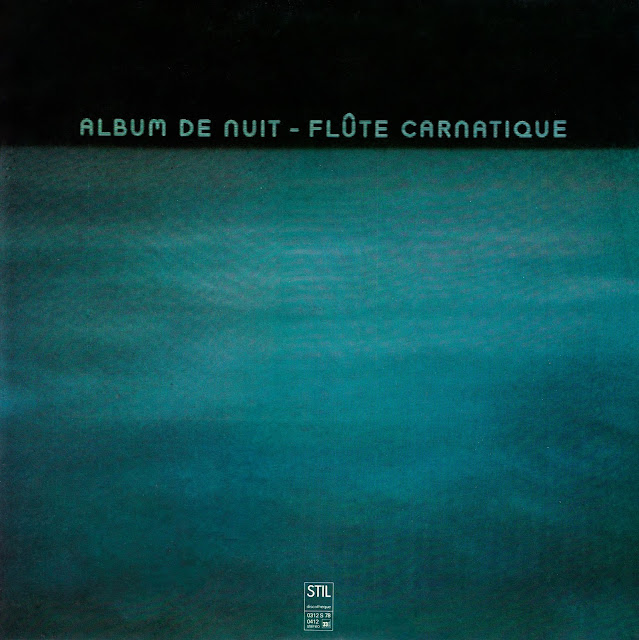 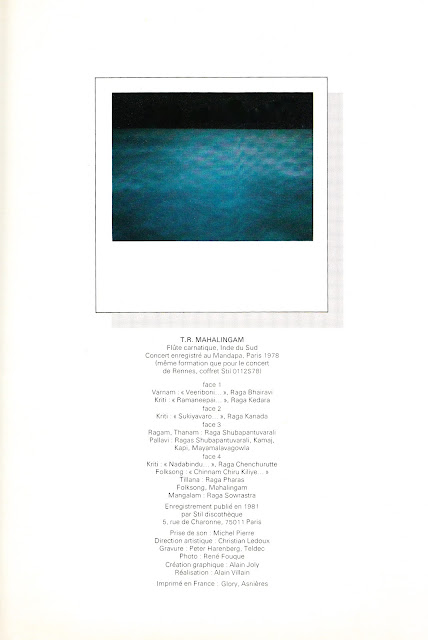 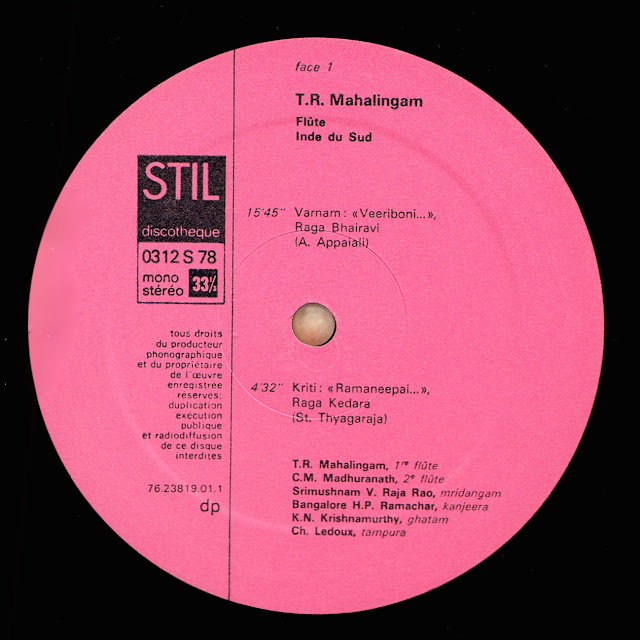 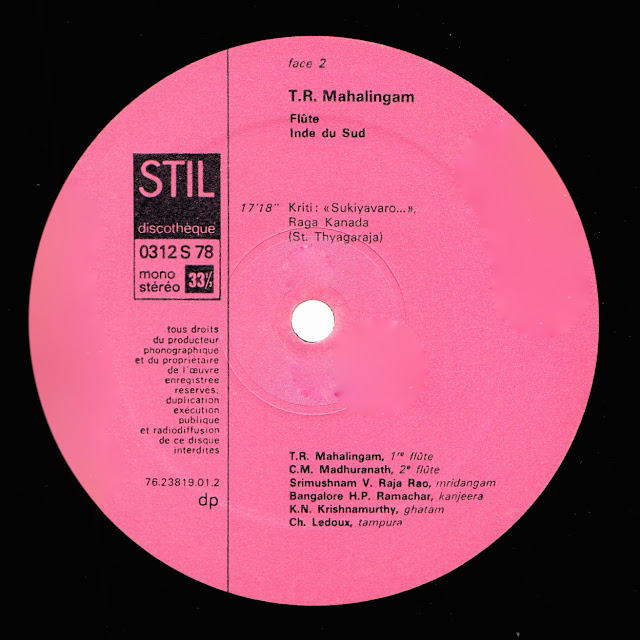 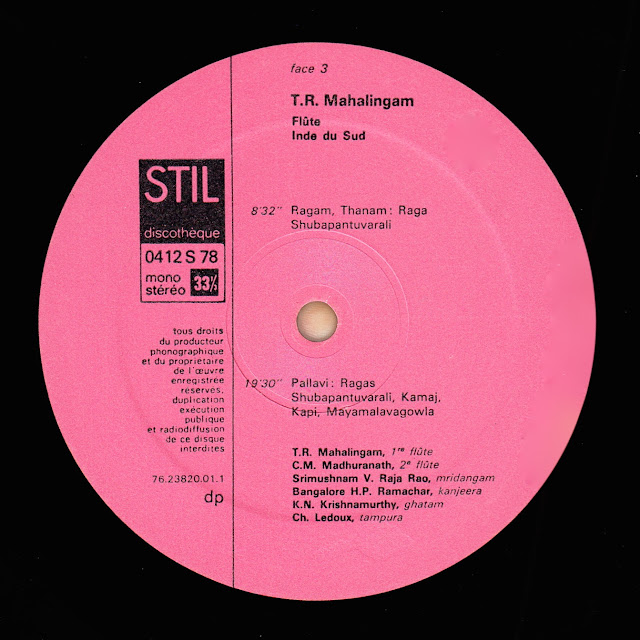 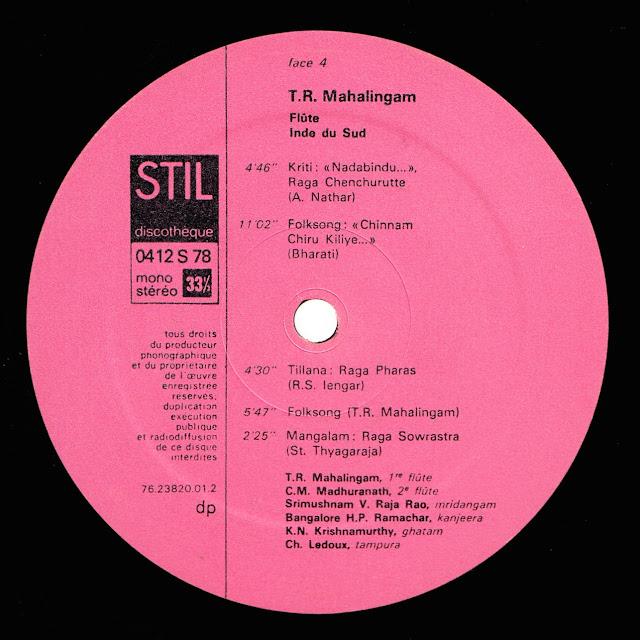 24bit, 96kHz FLAC (936 MB)
(the highest resolution I am capable of producing;
suitable for playing on a computer or other player
capable of playing high resolution files)